You are here: Home / 55 Good Leadership Quotes to Inspire

Good leadership quotes can help shape leaders and those they lead. Check out our collection below.

A true leader is a symbol of success wherever they are. Leaders create a new path where there was none. They make things easier. They provide solutions to the most insurmountable challenges. It is the greatest leader who has been pivotal in changing history at different times.

Here are some of the most famous and inspiring leadership quotes that can motivate you to become a better leader. You will notice that these quotes can not only guide you to be a better leader but also a better follower. Get inspiration from these quotes or share with your friends and loved ones to make this world a better place. 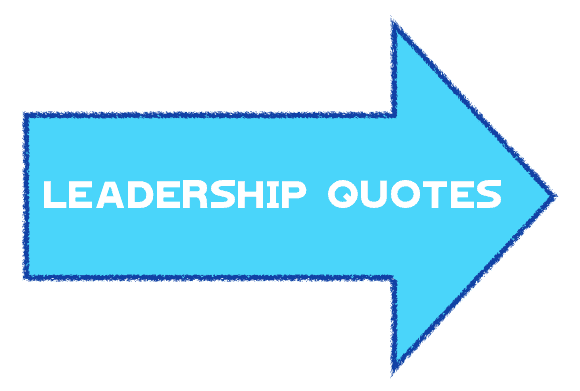 The final test of a leader is that he leaves behind him in other men the conviction and the will to carry on.
Walter Lippmann

If your actions inspire others to dream more, learn more, do more and become more, you are a leader.
John Quincy Adams

Leadership is the willingness to put oneself at risk.
John C. Maxwell

The very essence of leadership is that you have to have a vision. You can’t blow an uncertain trumpet.
Theodore M. Hesburgh

One measure of leadership is the caliber of people who choose to follow you.
Dennis A. Peer

Leadership is not about titles, positions or flowcharts. It is about one life influencing another.
John C. Maxwell

Check out our Michelle Obama Quotes on Leadership.

If your actions create a legacy that inspires others to dream more, learn more, do more and become more, then, you are an excellent leader.
Dolly Parton

The task of the leader is to get his people from where they are to where they have not been.
Henry Kissinger

Leaders touch a heart before they ask for a hand.
John C. Maxwell

Setting a New Course of Action

Do not follow where the path may lead.
Go instead where there is no path and leave a trail.
Harold R. McAlindon

There go the people.
I must follow them for I am their leader.
Alexandre Ledru-Rollin

The task of leadership is not to put greatness into humanity, but to elicit it, for the greatness is already there.
John Buchan

Leadership and learning are indispensable to each other.
John F. Kennedy

Outstanding leaders go out of their way to boost the self-esteem of their personnel. If people believe in themselves, it’s amazing what they can accomplish.
Sam Walton

If your actions inspire others to dream more, learn more, do more and become more, you are a leader.
John Quincy Adams

The key to successful leadership today is influence, not authority.
Kenneth Blanchard

If you know of any good leadership quotes, please let us know via the Contact page. Thanks.

Leaders are creatures of their environment, but unlike most creatures, they are also movers of it. As movers of and within the organization, they push it forward, at the same time shaping it as much as it shapes them.
John Baldoni

All of the great leaders have had one characteristic in common: it was the willingness to confront unequivocally the major anxiety of their people in their time. This, and not much else, is the essence of leadership.
John Kenneth Galbraith

Leaders are visionaries with a poorly developed sense of fear and no concept of the odds against them.
Robert Jarvik

Leadership Quotes: Being a Leader

I like a leader who can while pointing out a mistake, bring up the good things the other person has done. If you do that, then the person sees that you have a complete picture of him. There is nobody more dangerous than one who has been humiliated, even when you humiliate him rightly.
Nelson Mandela

A chief is a man who assumes responsibility. He says I was beaten, he does not say My men were beaten.
Antoine de Saint-Exupery

Contrary to the opinion of many people, leaders are not born. Leaders are made, and they are made by effort and hard work.
Vince Lombardi (for more Vince Lombardi quotations)


The leadership instinct you are born with is the backbone. You develop the funny bone and the wishbone that go with it.
Elaine Agather

Passion is energy. Feel the power that comes from focusing on what excites you.
Oprah Winfrey – More Oprah Quotes

No institution can possibly survive if it needs geniuses or supermen to manage it. It must be organized in such a way as to be able to get along under a leadership composed of average human beings.
Peter Drucker

Great leaders are almost always great simplifiers, who can cut through argument, debate, and doubt to offer a solution everybody can understand.
General Colin Powell

You don’t have to hold a position in order to be a leader.
Anthony J. D’Angelo

People ask the difference between a leader and a boss. The leader leads, and the boss drives.
President Theodore Roosevelt

A leader has to appear consistent. That doesn’t mean he has to be consistent.
James Callahan

Nothing so conclusively proves a man’s ability to lead others as what he does from day to day to lead himself.
Thomas J. Watson

A sense of humor is part of the art of leadership, of getting along with people, of getting things done.
Dwight D. Eisenhower

Innovation distinguishes between a leader and a follower.
Steve Jobs

I suppose leadership at one time meant muscles, but today it means getting along with people.
Mohandas K. Gandhi

The art of leadership is saying no, not saying yes. It is very easy to say yes.
Tony Blair

Men make history and not the other way around. In periods where there is no leadership, society stands still. Progress occurs when courageous, skillful leaders seize the opportunity to change things for the better.
Harry Truman

He who has never learned to obey cannot be a good commander.
Aristotle

I must follow the people. Am I not their leader?
Benjamin Disraeli

Mike was previously President of Magnetic Poetry and is now editor of Greeting Card Poet.

Quotations About Being Happy