You are here: Home / Anniversary Wishes Quotes and Messages

Our Anniversary Wishes Quotes and Messages page is your one-stop resource to find the right words for your big anniversary day. Wedding anniversaries come once a year, and it’s important for you to take the time to celebrate.

To save you time, the Poet and his expert panel have selected the top anniversary wishes for you to review.

Your Anniversary Day is a special day. Enjoy!

I will always be yours forever.

You two make marriage bliss look easy. The happiest anniversary to you both!

Staying in love is harder than falling in love. Happy Anniversary to two who make it look easy.

Never let go of the beautiful love that binds you. Warmest Anniversary Wishes.

More of the best anniversary wishes.

There’s no other hand I’d rather hold. Happy Anniversary Love!

I still fall for you every day.

Another year love, another fabulous 365 days.

After all this time, you’re still amazing to me!

Every love story is beautiful, but ours is my favorite. Sweet anniversary wishes to you.

To my sweetheart and best friend, Happy Anniversary.

Years ago, it started with “I do.” And now, more than ever, I love you. Happy Wedding Anniversary.

Check out our Happy Anniversary Messages and Wishes

Today we celebrate your most difficult accomplishment, staying married to me all these years. Happy Anniversary.

God proved his sense of humor when he matched you and me together. He also proved His genius.

Happy Anniversary from someone that you’re probably shocked knew it was our anniversary. 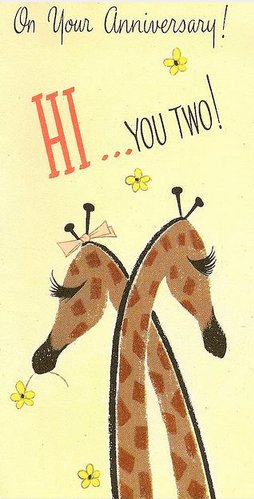 The secret of a happy marriage is finding the right person. You know they’re right if you love to be with them all the time.
Julia Child

You’re the cheese to my macaroni.
Unknown

A good wife always forgives her husband when she is wrong.
Milton Berle

More of the anniversary quotes.

The good things in life are better with you.

You’re my favorite “hello” and my hardest “goodbye.”

You’ve always been the reason I look forward to the next day.

Have a beautiful day, because I’ll have one just thinking of you.

I love our laughter, our joy, our life. I love you. Happy Anniversary.

Our wedding was many years ago, but the celebration continues to this day.

More of the best anniversary wishes for your husband.

I’d get down on my knee all over again for you. I just can’t promise I could get back up! Happy Anniversary!

You still take my breath away. Happy Anniversary!

Thank You For Being Everything I Could Ever Want In This Lifetime.

In your eyes, I see my best self. Thanks for the love and kindness you’ve brought to our marriage and for the beauty you’ve brought into my life. Happy Anniversary.

When I look into your eyes, I still tend to lose my train of thought. Happy Anniversary.

More of the best anniversary wishes for your wife.

How to write Anniversary Wishes

Anniversary wishes can sometimes be difficult to write. From the perspective of the wife, husband or well- wisher, it’s a challenge to find the right words for wedding anniversary wishes. So, just how does one write a great anniversary message?

Click on the links above to see the full collections of anniversary wishes quotes and messages. Also, we’ve identified some of our favorites beneath the links to provide you an overview of each category. It’s a nice place to start before diving in deeper. Your anniversary times are some of the best reasons to celebrate. Have some fun with it.

12 Tips for Writing Anniversary Wishes for your husband or wife

1.) Nearly everyone I know would prefer to receive a letter and an anniversary card vs. just a card, so consider that. But, a card is way better than nothing, so feel good about that.

2.) Handwritten notes and cards are required. It’s just not the time to just send a text or email. If you’re going to spend some time in writing a strong anniversary message, make sure it’s in a medium that will last a while. Nice stationery, nice cards, and a quality pen should do the job.

3.) Be yourself. You might get some ideas here but personalize them. Add to the message. Write in your talking voice – don’t try to be someone you’re not.

4.) Create a rough draft first. Here’s where you can use your laptop computer. Use spell check. Don’t let the message get lost because of poor grammar or typos.

5.) Begin with the end in mind. What do you want the reader of your card or letter to feel like after you’ve written it. Most folks want the person that receives an anniversary message to feel loved. You might also want them to feel recognized for the person they’ve made you. With a goal in mind, the words come easier.

6.) For your strong, silent types, anniversaries present the opportunity to come out of your shell. Use this opportunity. Don’t be afraid to gush a little. There’s not a reason to save up all of your good thoughts. Put them down on paper. Tell the person how you feel.

Check out: Cute Paragraphs for Her.

More Tips on How To Write an Anniversary Card

7.) Be specific. Details paint a picture and make the note or card personal. Don’t just be vague. Call out some details about the person or your joint experiences that only the two of you know. After you write the card, ask yourself, “Could another person have written this card?” If the answer is “no,” you’ve probably done a nice job personalizing the card.

8.) God is in the details. Focus on your penmanship and don’t forget little touches like a P.S., using the recipient’s nickname, drawing a heart on the envelope, etc. Perhaps the P.S. includes one thing you really love about the person.

9.) Take your time when writing – it’s not a race to get done. Sometimes the card and note will mean a lot more than any present.

10.) Along with your sincere thoughts, don’t be afraid to have some fun. But, remember what your primary goals are in writing the card or letter.

11.) If you have a hard time starting, create a short outline. Maybe you decide to include three paragraphs with the first paragraph being a walk down memory lane, where you describe how thrilled you were to first start dating your spouse. Maybe you begin with a quote on anniversaries or love. The second paragraph can fast forward to the present where you let ’em know the qualities you love about him or her. And, the third paragraph could address your future together, e.g. looking forward to many more great memories, etc. An outline can help organize your thoughts.

12.) If your recipient likes what you’ve written, tell them that you need to do a better job of letting them know how you feel every day.

If you have any favorite, Anniversary Wishes Quotes and Messages that we’ve missed, please let us know.

Merriam Webster Dictionary defines anniversary as the annual recurrence of a date marking a notable event; broadly:  a date that follows such an event by a specified period of time measured in units other than years.

Anniversary Wishes Quotes and Messages can bring to life any letter or anniversary card. Review all the resources for ideas and craft a message of your own.