These cat quotes reflect the mystery, confidence, and independence of felines. As you read through our collection of 101 quotations, you’ll note that a pretty clear pattern emerges of what a cat is all about. Despite usually being a puzzle to their owners, it hasn’t stopped the likes of Ernest Hemingway, Mark Twain, and Charles Dickens from being raving fans.

If you’re in a rush, check out the Poet Panel’s picks of the Seven Best Cat Quotes which we’ve included first thing. We think they’re the cat’s meow! 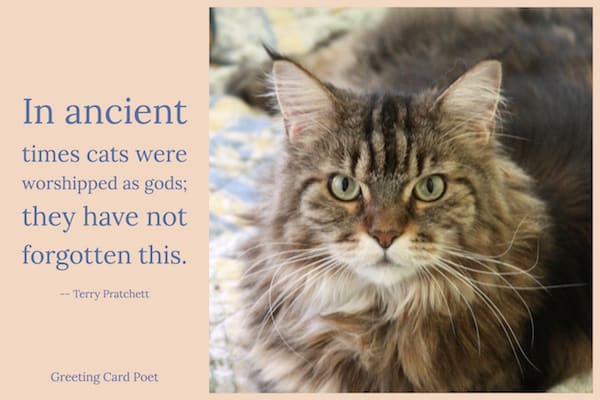 1.) In ancient times cats were worshipped as gods; they have not forgotten this.
Terry Pratchett 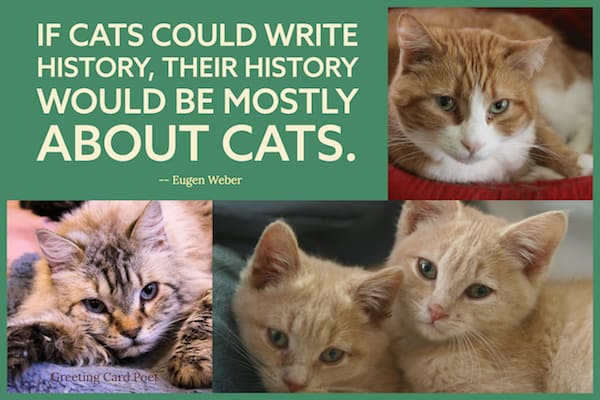 2.) If cats could write history, their history would be mostly about cats.
Eugen Weber 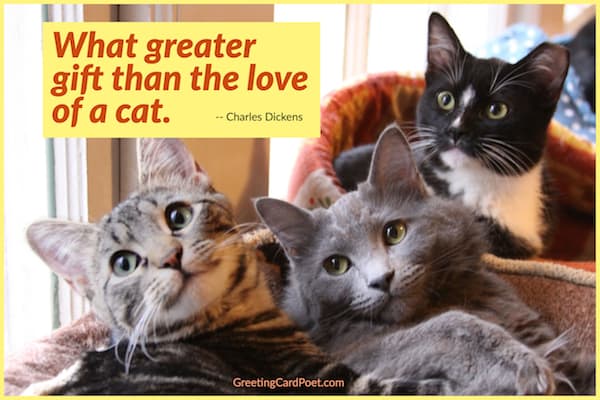 3.) What greater gift than the love of a cat.
Charles Dickens 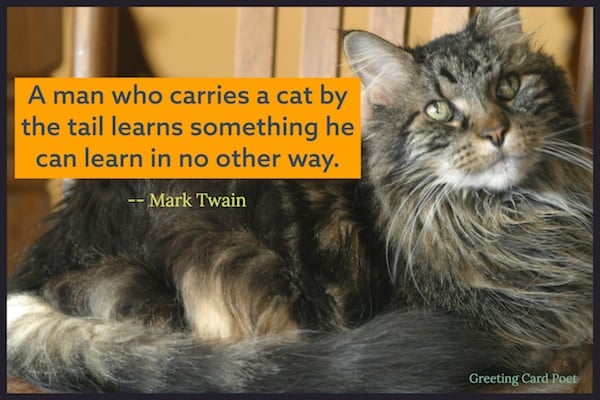 4.) A man who carries a cat by the tail learns something he can learn in no other way.
Mark Twain 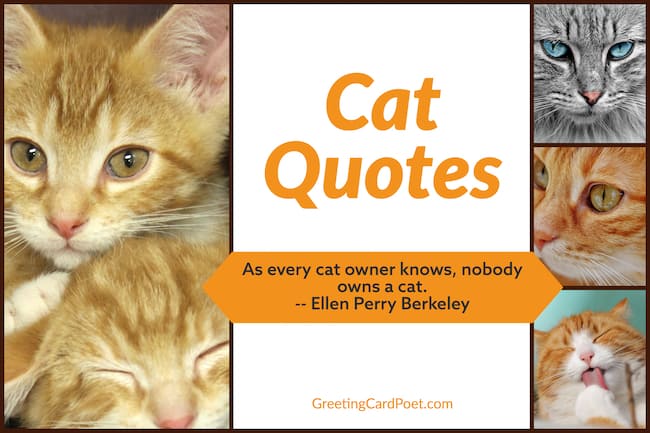 5.) As every cat owner knows, nobody owns a cat.
Ellen Perry Berkeley

6.) It is in fact the cat’s house. We only pay the mortgage.
Unknown 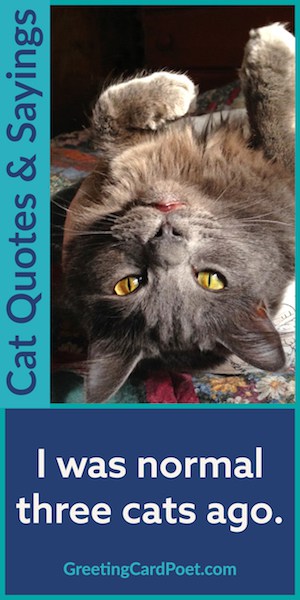 7.) I was normal three cats ago.
Unknown

9.) A cat will do what it wants when it wants, and there’s not a thing you can do about it.
Frank Perkins

10.) Dogs come when they’re called; cats take a message and get back to you later.
Mary Bly

11.) The phrase ‘domestic cat’ is an oxymoron.
George Will

12.) Surely people who don’t like cats were mice in another life.
Unknown

14.) I’d like people more if they were cats instead.
Unknown 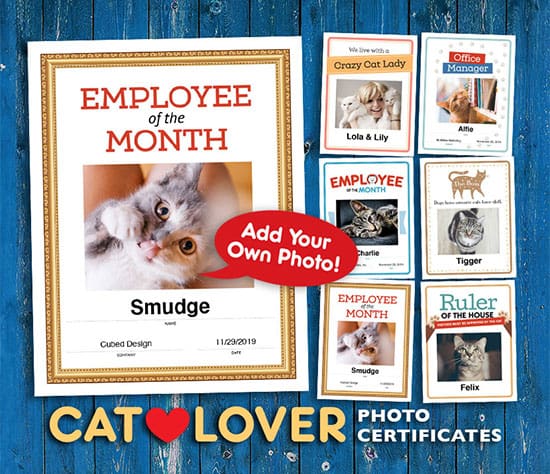 16.) I have studied many philosophers and many cats. The wisdom of cats is infinitely superior.
Hippolyte Taine

17.) Cats seem to go on the principle that it never does any harm to ask for what you want.
Joseph Wood Krutch

18.) Don’t let the cat out no matter what it tells you.
Unknown

19.) No amount of time can erase the memory of a good cat, and no amount of masking tape can ever totally remove his fur from your couch.”
Leo Dworken

20.) Of all God’s creatures, there is only one that cannot be made a slave of the leash. That one is the cat. If man could be crossed with the cat it would improve the man, but it would deteriorate the cat.
Mark Twain

21.) Cats are the dominant species. It’s best to just realize this and adjust.
Unknown

22.) When a woman reaches a certain age, she starts to collect cats. This is known as many paws.
Unknown

23.) I had been told that the training procedure with cats was difficult. It’s not. Mine had me trained in two days.
Bill Dana

25.) Cats have it all: admiration, an endless sleep, and company only when they want it.
Rod McKuen

26.) By associating with the cat, one only risks becoming richer.
Colette

27.) A cat has absolute emotional honesty: human beings, for one reason or another, may hide their feelings, but a cat does not.
Ernest Hemingway

28.) Dogs look at us as their gods, horses as their peers, but the cats look to us as their subjects.
Winston Churchill

29.) Cats are intended to teach us that not everything in nature has a purpose.
Garrison Keillor

30.) A cat has beauty without vanity, strength without insolence, courage without ferocity, all the virtues of man without his vices.
Lord Byron

31.) There are two means of refuge from the miseries of life: music and cats.
Albert Schweitzer

32.) Are cats lazy? Well, more power to them if they are. Which one of us has not entertained the dream of doing just as he likes, when and how he likes, and as much as he likes?
Fernand Mery

33.) Man is civilized as comprising a cat.
George Bernard Shaw 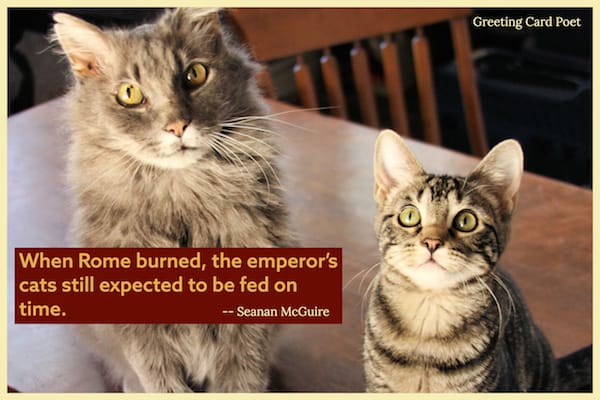 34.) When Rome burned, the emperor’s cats still expected to be fed on time.
Seanan McGuire

35.) There are few things in life more heartwarming than to be welcomed by a cat.
Tay Hohoff

36.) A lie is like a cat: you need to stop it before it gets out the door or it’s really hard to catch.
Charles M. Blow

37.) You can keep a dog, but it is the cat who keeps people because cats find humans useful domestic animals.
George Mikes

38.) Way down deep, we’re all motivated by the same urges. Cats have the courage to live by them.
Jim Davis

40.) There are no ordinary cats.
Colette

41.) A cat is a puzzle for which there is no solution.
Hazel Nicholson

43.) I wish that my writing was as mysterious as a cat.
Edgar Allan Poe

44.) One cat just leads to another.
Ernest Hemingway

45.) The cat is above all things, a dramatist.
Margaret Benson

48.) If cats could talk, they wouldn’t.
Nan Porter

50.) You can not look at a sleeping cat and feel tense.
Jane Pauley

51.) A cat will be your friend, but never your slave.
Theophile Gautier

52.) Cats are a mysterious kind of folk.
Sir Walter Scott

54.) I have lived with several Zen Masters – all of them cats.
Eckhart Tolle

55.) A kitten gets himself into every kind of trouble.
Champfleury

57.) An inquisitive kitten is the best reminder of what youth is all about.
Unknown

59.) Kittens are born with their eyes shut. They open them in about six days, take a look around, then close them again for the better part of their lives.
Stephen Baker

60.) A kitten is, in the animal world, what a rosebud is in the garden.
Robert Southey

61.) There is one order of beauty which seems made to turn heads. It is a beauty like that of kittens, or very small downy ducks making gentle rippling noises with their softbills, or babies just beginning to toddle.
T. S. Eliot

62.) When you’re alone with your kitten, you don’t have to act your age.
Jo Kittinger, The Joy of Cats

63.) A kitten is so flexible that she is almost double; the hind parts are equivalent to another kitten with which the forepart plays. She does not discover that her tail belongs to her until you tread on it.
Henry David Thoreau

64.) It is impossible to keep a straight face in the presence of one or more kittens.
Cynthia E. Varnado

65.) They say the test of literary power is whether a man can write an inscription. I say, “Can he name a kitten?
Samuel Butler

66.) No matter how much cats fight, there always seem to be plenty of kittens.
Abraham Lincoln

67.) The trouble with a kitten is that it eventually becomes a cat.
Ogden Nash

68.) Kittens believe that all nature is occupied with their diversion.
F.A. Paradis de Moncrif

69.) A kitten is chiefly remarkable for rushing about like mad at nothing whatever and generally stopping before it gets there.
Agnes Repplier

72.) I knew who I was this morning, but I have changed a few times since then.

73.) How do you run from what is inside your head?

74.) Have I gone mad? I am afraid so, you are entirely bonkers. But I will tell you a secret… all the best people are.

77.) The uninformed must improve their deficit, or die.

79.) Imagination is the only weapon in the war with reality.

80.) You are too naïve if you do believe life is innocent laughter and fun.

81.) I am not crazy; my reality is just different from yours.

82.) Every adventure requires a first step.

84.) I went to a hunting party once, I didn’t like it. Terrible people. They all started hunting me!

86.) How fine you look when dressed in rage. Your enemies are fortunate your condition is not permanent. You’re lucky, too. Red eyes suit so few.

87.) Haste makes waste, so I rarely hurry. But if a ferret were about to dart up my dress, I’d run.

88.) And no scheme of ours can raise any sort of smile.

89.) Well, some go this way, and some go that way. But as for me, myself, personally, I prefer the shortcut.

90.) The proper order of things is often a mystery to me.

91.) I never get involved in politics.

The Cheshire cat is a fictional character in Alice’s Adventures in Wonderland written by Lewis Carroll. He’s perhaps best known for his mischievous grin.

But, believe it or not, the Cheshire Cat actually predates the novel.

It’s been part of English culture before 1865 when the novel was written. The origin of the Cheshire Cat has more than one answer.

Some attribute the name to the county of Cheshire which has many dairy farms that might please a cat on the search for milk and cream. Other stories involve a particular type of cheese that was molded into a cat shape or a sign maker whose attempts at painting lions looked more like cats.

Cat in the Hat Quotes

92.) I know it is wet and the sun is not sunny, but we can have lots of good fun that is funny.

94.) Cat, you ruined mom’s dress!
Honey, it was ruined when she bought it.

99.) My relationships with my cats has saved me from a deadly, pervasive ignorance.
William S. Burroughs

100.) Cats will outsmart dogs every time.
John Grogan, Marley & Me

Cats are valued around the world for their ability to hunt small rodents, their companionship, and the ease of caring for them. The ancient Egyptians venerated cats but the domestication of cats dates even further back to Cypress and China. The cat is the second most popular pet in America after fish but ahead of dogs. With such a high number of owners throughout the years, it’s easy to see how interesting quotations have become more prevalent.

O’Halloran, the editor of Greeting Card Poet, compiled these feline quotes from many sources. Nearly all the photos were provided by Pat Schneider. Check out how you can help rescue cats in need. 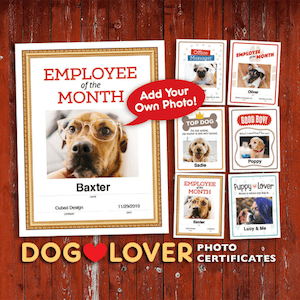