This list of tongue twisters covers all types, including funny, difficult, short, and story-length twisters. Say them fast or say them slow – either way you are sure to find the perfect line to twist and tangle your tongue! 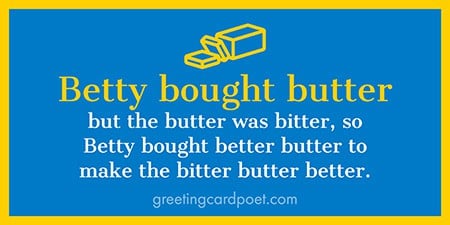 2.) Many an anemone sees an enemy anemone. 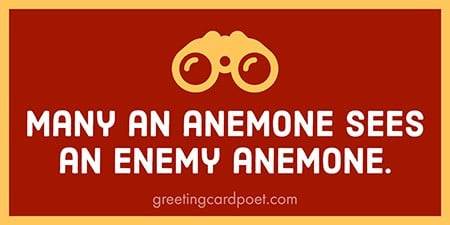 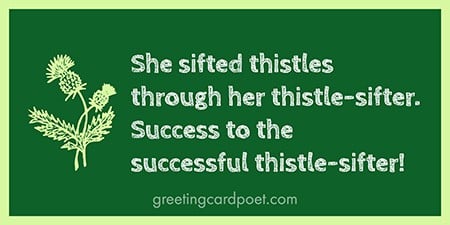 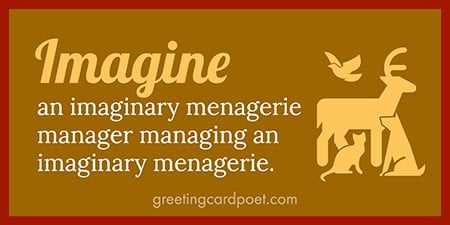 5.) There was a young fisher named Fischer

Who fished for a fish in a fissure.

The fish with a grin,

Pulled the fisherman in; 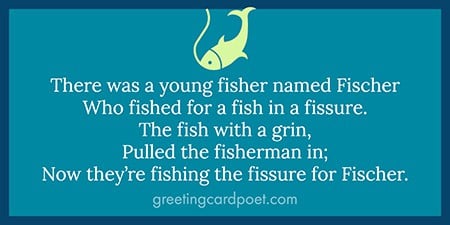 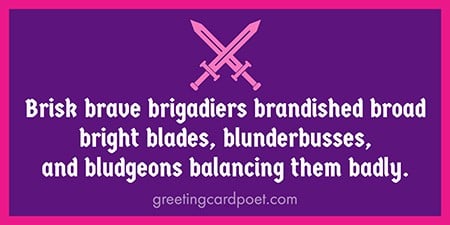 sheep should sleep in a shed. 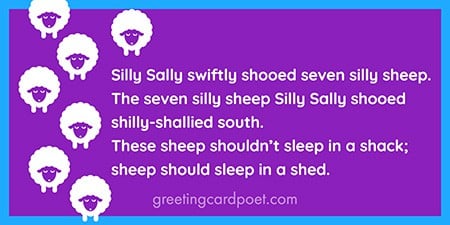 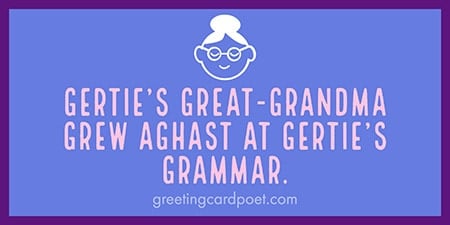 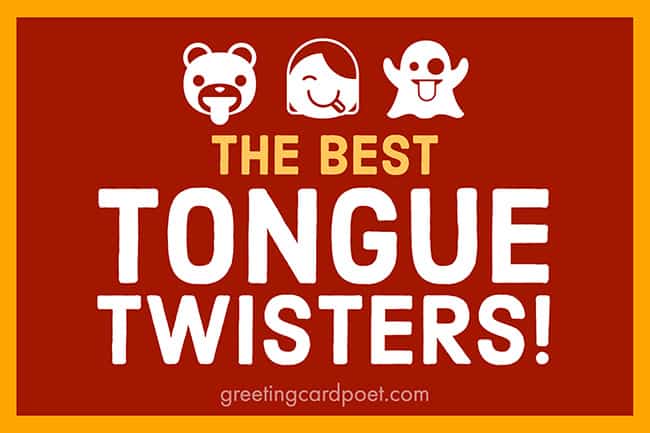 I never felt a piece of felt

which felt as fine as that felt felt,

when first I felt that felt hat’s felt.

15.) Betty and Bob brought back blue balloons from the big bazaar.

19.) Cows graze in groves on grass which grows in grooves in groves. 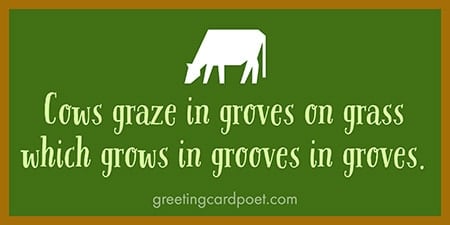 Check out our other similar page:

My dame hath a crane that is lame.

Two-Two was one, too.

When One-One won one race,

Two-Two won one, too.

23.) A lusty lady loved a lawyer and longed to lure him from his laboratory.

There dwelt a bear, also a boar.

The bear could not bear the boar.

The boar thought the bear a bore.

At last the bear could bear no more

Of that boar that bored him on the moor,

And so one morn he bored the boar—

That boar will bore the bear no more. 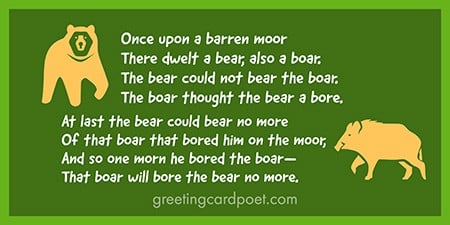 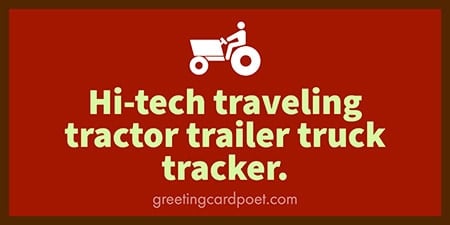 So they flew through a flaw in the flue.

30.) What a shame such a shapely sash should such shabby stitches show.

I am only plucking pheasants

’cause the pheasant plucker’s running late.

38.) The sawingest saw I ever saw saw was the saw I saw saw in Arkansas.

39.) The bottom of the butter bucket is the buttered bucket bottom.

40.) Sarah sitting in her Chevrolet,

All she does is sits and shifts,

All she does is sits and shifts.

41.) Does your sport shop stock short socks with spots?

For kneading of noodles, ’twere needless, you see;

But did my neat knickers but need to be kneed,

I then should have need of your needles indeed. 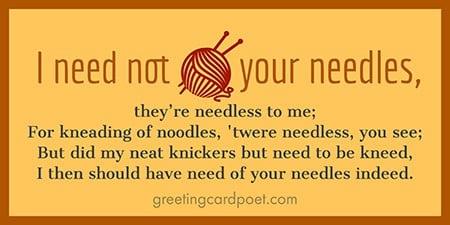 43.) Many mumbling mice are making merry music in the moonlight. 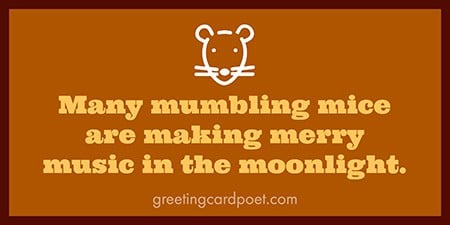 44.) The crow flew over the river with a lump of raw liver.

46.) Say this sharply, say this sweetly,

Say this shortly, say this softly.

And, say this sixteen times in succession.

Bear down upon a hare.

When bare of hair he strips the hare,

Right there I cry, “Forbear!”

48.) Thank the other three brothers of their father’s mother’s brother’s side.

49.) Rory the warrior and Roger the worrier were reared wrongly in a rural brewery.

50.) What time does the wristwatch strap shop shut?

52.) Mix a box of mixed biscuits with a boxed biscuit mixer.

54.) Did Dick Pickens prick his pinkie pickling cheap cling peaches in an inch of Pinch or framing his famed French finch photos?

57.) If a black bug bleeds black blood, what color blood does a blue bug bleed?

I thought I thought. 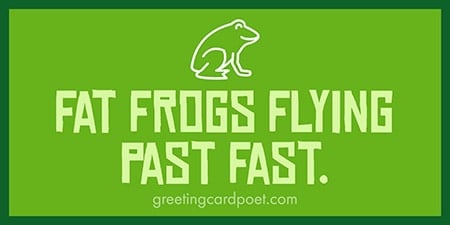 64.) No need to light a night-light on a light night like tonight.

68.) Give papa a cup of proper coffee in a copper coffee cup. 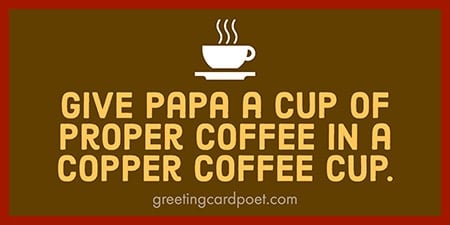 70.) The two-twenty-two train tore through the tunnel.

71.) Cedar shingles should be shaved and saved.

72.) We surely shall see the sun shine soon.

Gray were the geese and green was the grass.

75.) On mules we find two legs behind

and two we find before.

We stand behind before we find

what those behind be for.

79.) Which witch wished which wicked wish?

83.) If Stu chews shoes, should Stu choose the shoes he chews?

85.) If two witches were watching two watches: which witch would watch which watch?

Did Peter Piper pick a peck of pickled peppers?

If Peter Piper picked a peck of pickled peppers,

89.) How much wood would a woodchuck chuck

if a woodchuck could chuck wood?

He would chuck, he would, as much as he could,

and chuck as much wood as a woodchuck would

if a woodchuck could chuck wood.

90.) Ruby Rugby’s brother bought and brought her back some rubber baby-buggy bumpers.

The shells she sells are surely seashells.

So if she sells shells on the seashore,

I’m sure she sells seashore shells.

Some of the hardest tongue twisters

and amicably welcoming him home.

He twirls, with his twister, the two in a twine;

Then twice having twisted the twines of the twine,

He twitcheth the twice he had twined in twain.

117.) Amidst the mists and coldest frosts,

with stoutest wrists and loudest boasts,

he thrusts his fist against the posts

and still insists he sees the ghosts.

119.) If one doctor doctors another doctor, does the doctor

doctor he is doctoring doctors? Or does he doctor

the doctor the way the doctor who doctors doctors?

121.) While we were walking, we were watching window washers wash Washington’s windows with warm washing water.

122.) Pick a partner and practice passing,

for if you pass proficiently,

125.) They have left the thrift shop, and lost both their theatre tickets and the volume of valuable licenses and coupons for free theatrical frills and thrills.

126.) The twain that in twining before in the twine,

As twines were intwisted he now doth untwine;

Twist the twain inter-twisting a twine more between,

He, twirling his twister, makes a twist of the twine.

“Someone should show Sylvia some strokes so she shall not sink.”

It’s slick to stick a lock upon your stock,

Or some stickler who is slicker

Will stick you of your liquor

If you fail to lock your liquor

139.) They both, though, have thirty-three thick thimbles to thaw.

142.) The boot black bought the black boot back.

143.) The soldiers shouldered shooters on their shoulders.

148.) The Leith police dismisseth us.

160.) The boot black brought the black boot back. 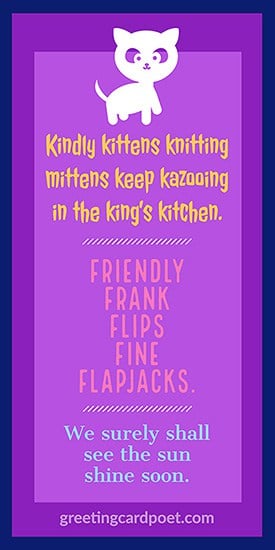 If I bake this bitter butter,

it would make my batter bitter.

But a bit of better butter–

that would make my batter better.”

The cotton batten cat was bitten by a rat.

The kitten that was bitten had a button for an eye,

And biting off the button made the cotton batten fly.

And Mr. Soar owned a seesaw.

Which made Soar sore.

See’s saw would not have sawed

But it was sad to see Soar so sore

in sifting a sieve full of un-sifted thistles,

thrust three thousand thistles through the thick of his thumb.

in sifting a sieve full of un-sifted thistles,

thrust three thousand thistles through the thick of his thumb,

see that thou, in sifting a sieve full of un-sifted thistles,

thrust not three thousand thistles through the thick of thy thumb.

And the bitter better bittern

Bit the bitter biter back.

And the bitter bittern, bitten,

By the better bitten bittern,

Who lived up in a tree.

He was a two-toed tree toad

But a three-toed toad was she.

For the two-toed tree toad loved the ground

That the three-toed tree toad trod.

But the two-toed tree toad tried in vain.

He couldn’t please her whim.

From her tree toad bower

With her three-toed power

She ceased shining shoes and socks,

for shoes and socks shock Susan.

To talk ere the tot could totter,

Be taught to say aught, or naught,

Or what ought to be taught her?

If to hoot and to toot a Hottentot tot

Be taught by her Hottentot tutor,

Ought the tutor get hot

If the Hottentot tot

Hoot and toot at her Hottentot tutor?

181.) When a twister a-twisting will twist him a twist,

For the twisting of his twist, he three twines doth intwist;

But if one of the twines of the twist do untwist,

For a night-light’s light’s a slight light,

And tonight’s a night that’s light.

It is really not quite right

To light night-lights with their slight lights

Said the two to their tutor,

“Is it harder to toot

or to tutor two tooters to toot?”

and Sam Shott was not.

So it is better to be Shott

Either the shot Shott shot at Nott

better than her bitter butter,

and she baked it in her batter,

and the batter was not bitter.

bought a bit of better butter.

How to use these tongue twisters

Reciting tongue twisters out loud is a great way to practice verbal dexterity. Warm up your lips by selecting a short phrase or two. Repeat each line three times. Start slowly and then pick up the pace.

You’ll find that the faster you go, the harder it gets. Now choose a difficult twister and see how fast you can read it. Concentrate on each word and sound out each syllable before moving on to the next word. Master each twister by repeating the line as fast as possible.

Use these tongue twisters to challenge your friends. Make it a competition to see who can say the most without error. Good for a laugh at any social event!

Greg has a much easier time with his name than his cousin Jerry Jeff Johnson. When not compiling tongue twisters, Greg follows his Minnesota sports teams including the Gophers and the Vikings.