In the series of instant-classic books and blockbuster movies, many Harry Potter quotes stand out for their insight, wit, and inspiration.

Very few works of fiction have come close to Harry Potter to reach out to tender hearts all across the world. J.K. Rowling has given some of the most gripping and enchanting stories of adventure that have obsessed not just the young, but even adults. These are stories of heroism, inspiration, greatness, love and care, friendship, and the victory of the good over evil.

In Harry Potter, J.K. Rowling has given to the world the beautiful and mystic world of Hogwarts. It takes you to a time far away without you losing touch with the present. Here are some inspirational, funny, and famous Harry Potter quotes that almost all of us can relate to at different times in our lives.

Youth cannot know how age thinks and feels. But old men are guilty if they forget what it was to be young.
Albus Dumbledore

Never trust anything that can think for itself if you can’t see where it keeps its brain.
Arthur Weasley

Where your treasure is, there will your heart be also.
Albus Dumbledore

We’re all human, aren’t we? Every human life is worth the same and worth saving.
Kingsley Shacklebolt

The best of us must sometimes eat our words.
Albus Dumbledore

Do not pity the dead, Harry. Pity the living, and, above all those who live without love.
Albus Dumbledore

You think the dead we loved truly ever leave us? You think that we don’t recall them more clearly in times of great trouble?
Albus Dumbledore

It is impossible to manufacture or imitate love.
Professor Horace Slughorn

You are protected, in short, by your ability to love!
Albus Dumbledore

Differences of habit and language are nothing at all if our aims are identical and our hearts are open.
Albus Dumbledore

The ones that love us never really leave us. You can always find them, in here.
Sirius Black

After all this time?
Always.
Severus Snape

Voldemort: The old argument, he said softly. But nothing I have seen in the world has supported your pronouncements that love is more powerful than my kind of magic, Dumbledore.
Dumbledore: Perhaps you have been looking in the wrong places.

Dumbledore would have been happier than anybody to think that there was a little more love in the world.
Professor McGonagall

What do I care how he looks? I am good-looking enough for both of us, I think! All these scars show is at my husband is brave!
Fleur Delacour 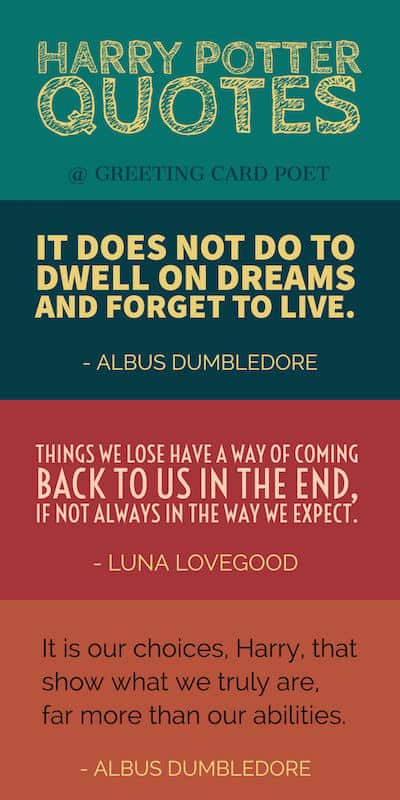 It does not do to dwell on dreams and forget to live.
Albus Dumbledore

I hope you’re pleased with yourselves. We could all have been killed – or worse expelled.
Hermione Granger

It is a curious thing, Harry, but perhaps those who are best suited to power are those who have never sought it.
Albus Dumbledore

To the well-organized mind, death is but the next great adventure.
Albus Dumbledore

If you want to know what a man’s like, take a good look at how he treats his inferiors, not his equals
Sirius Black

Dark and difficult times lie ahead. Soon we must all face the choice between what is right and what is easy.
Albus Dumbledore

Fear of a name only increases fear of the thing itself.
Hermione Granger

It is the unknown we fear when we look upon death and darkness, nothing more.
Albus Dumbledore 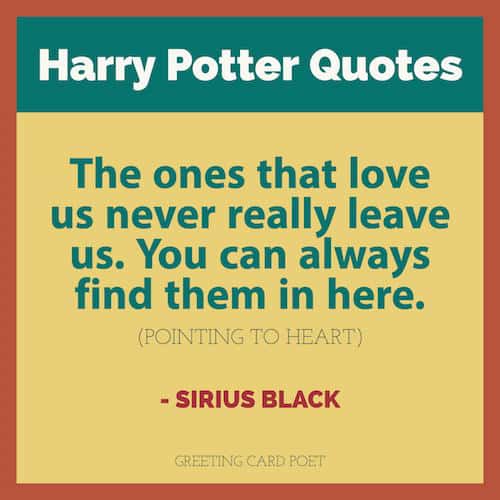 The poor toilet’s never had anything as horrible as your head down it — it might be sick.
Harry Potter

Really, Hagrid, if you are holding out for universal popularity, I’m afraid you will be in this cabin for a very long time.
Albus Dumbledore

Oh, well…I’d just been thinking…if you had died, you’d have been welcome to share my toilet,
Myrtle Warren

Well, thank you for that assessment, Mr. Weasley. Perhaps it would be more useful if I were to transfigure Mr. Potter and yourself into a pocket watch. That way, one of you might be on time.
Professor McGonagall

Just because you have the emotional range of a teaspoon doesn’t mean we all have.
Hermione Granger

Mr. Moony presents his compliments to Professor Snape and begs him to keep his abnormally large nose out of other people’s business.
Marauder’s Map

Hermione: Ancient Egyptians used to worship cats, you know.
Ron Weasley: Yeah, along with the dungbeetle.

He can run faster than Severus Snape confronted with shampoo.
Fred Weasley

Anyone can speak Troll, All you have to do is point and grunt.
Fred Weasley

Poor old Snuffles. He must really like you, Harry… Imagine having to live off rats.
Ron Weasley 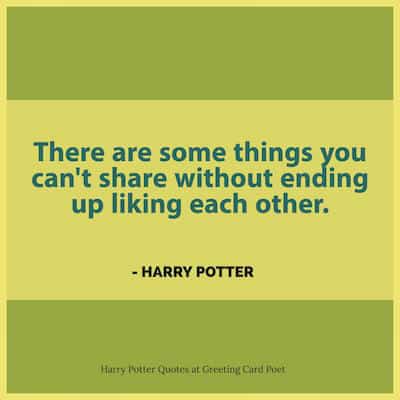 It is our choices, Harry, that show what we truly are, far more than our abilities.
Albus Dumbledore (In this Harry Potter quotes collection, you’ll find a lot of insights from Harry’s mentor.)

Happiness can be found, even in the darkest of times, if only one remembers to turn on the light.
Albus Dumbledore

It matters not what someone is born, but what they grow to be.
Albus Dumbledore

We are only as strong as we are united, as weak as we are divided.
Albus Dumbledore

We must try not to sink beneath our anguish…but battle on.
Albus Dumbledore

Let us step into the night and pursue that flighty temptress, adventure.
Albus Dumbledore

Harry, suffering like this proves you are still a man! This pain is part of being human … the fact that you can feel pain like this is your greatest strength.
Albus Dumbledore 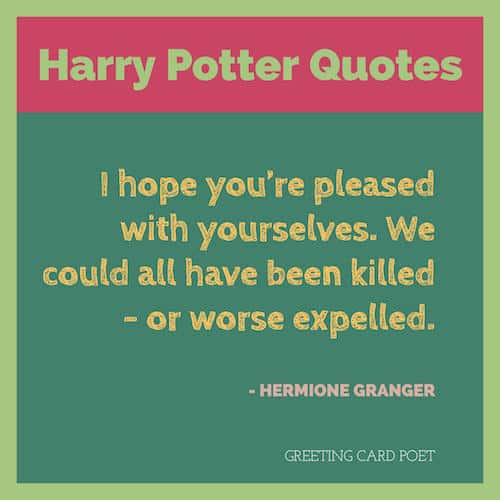 No good sittin’ worryin’ abou’ it. What’s comin’ will come, an’ we’ll meet it when it does.
Rubeus Hagrid

There are some things you can’t share without ending up liking each other.
Harry Potter

I am what I am an’ I’m not ashamed. ‘Never be ashamed,’ my ol’ dad used ter say, ‘there’s some who’ll hold it against you, but they’re not worth bothern’ with.’
Rubeus Hagrid

Wit beyond measure is a man’s greatest treasure.
Rowena Ravenclaw

Things we lose have a way of coming back to us in the end, if not always in the way we expect.
Luna Lovegood

I think I’ll just go down and have some pudding and wait for it all to turn up — it always does in the end.
Luna Lovegood

It is important, to fight, and fight again, and keep fighting, for only then could evil be kept at bay, though never quite eradicated.
Albus Dumbledore

The world isn’t split into good people and Death Eaters. We’ve all got both light and dark inside us. What matters is the part we choose to act on. That’s who we really are.
Sirius Black 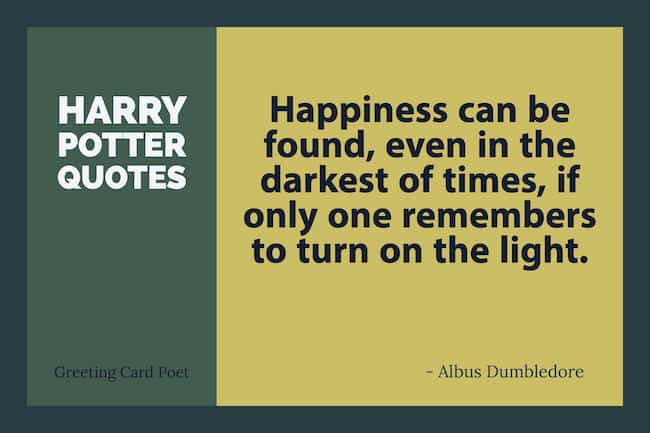 If you have any suggestions for additions to our Harry Potter quotes, please let us know via the Contact page. Thanks!