You are here: Home / Best Dumbledore Quotes and Sayings

These Dumbledore quotes, in addition to bringing you back to your Harry Potter reading days (or movie watching), provide some great insights on human nature. Albus Dumbledore is the headmaster of Hogwarts in J.K. Rowling’s Harry Potter, and one of the most loved and respected characters in the series. Always fair and righteous, Dumbledore is considered as the one most Hogwarts students look up to. He is also one of the most powerful wizards in the series.

A trustworthy and experienced veteran who you can always rely on when you need advice or help, Dumbledore is an authority figure to Harry – and to readers. There is something about Dumbledore that makes him special to anyone who has been into the world of Harry Potter. Here are some of the best Dumbledore quotes that you may find valuable at different times in your life.

The truth is a beautiful and terrible thing, and should, therefore, be treated with caution.

As much money and life as you could want! The two things most human beings would choose above all – the trouble is, humans do have a knack of choosing precisely those things that are worst for them.

Indifference and neglect often do much more damage than outright dislike. 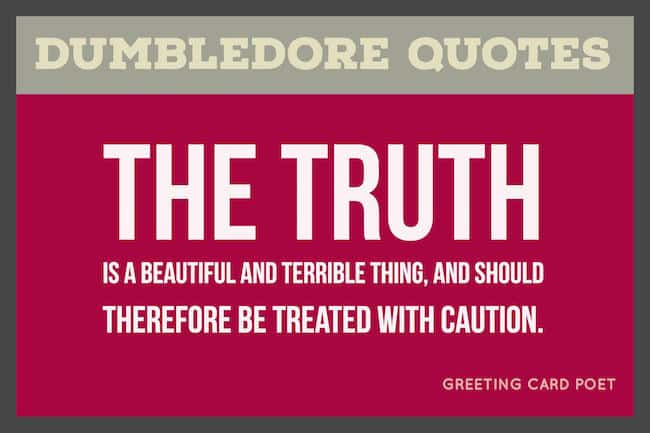 You do care, you care so much you feel as though you will bleed to death with the pain of it.

Ah, music. A magic beyond all we do here!

I sometimes find, and I am sure you know the feeling, that I simply have too many thoughts and memories crammed into my mind.

We cannot protect the young from harm. The pain must and will come.

Age is foolish and forgetful when it underestimates youth.

There are much more terrible things than physical injury.

Dark times lie ahead of us and there will be a time when we must choose between what is easy and what is right. 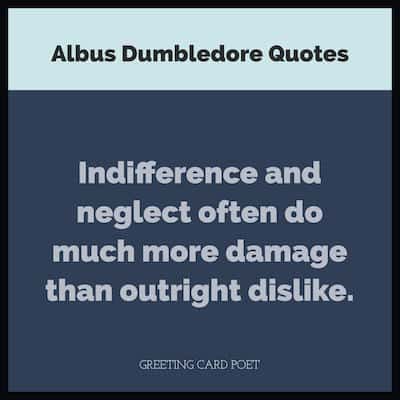 I see a light in the kitchen. Let us not deprive Molly any longer of the chance to deplore how thin you are.

Happiness can be found even in the darkest of times if one only remembers to turn on the light.

It’s lucky it’s dark. I haven’t blushed so much since Madam Pomfrey told me she liked my new earmuffs.

Yes, Harry, you can love, which, given everything that has happened to you, is a great and remarkable thing.

If there is one thing Voldemort cannot understand, it is love. He didn’t realize that love as powerful as your mothers for you leaves its own mark.

Do not pity the dead Harry. Pity the living, and, above all, those who live without love.

When you have seen as much of life as I have, you will not underestimate the power of obsessive love.

Where your treasure is, there your heart will be also. 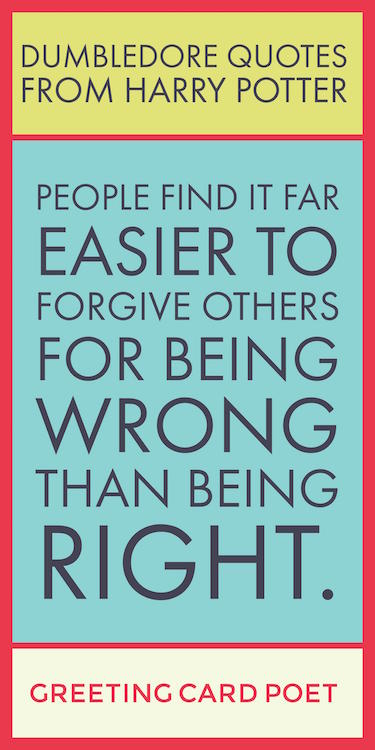 To the well-organized mind, death is but the next great adventure.

There is a room in the Department of Mysteries that is kept locked at all times. It contains a force that is at once more wonderful and more terrible than death, than human intelligence, than forces of nature.

You think the dead we loved ever truly leave us? Do you think we don’t recall them more clearly than ever in times of great trouble? Your father is alive in you, Harry, and shows himself plainly when you have need of him.

It’s the unknown we fear when we look upon death and darkness, nothing more.

Killing is not so easy as the innocent belief.

Indeed, your failure to understand that there are things much worse than death has always been your greatest weakness.

Michael Gambon: Sir Michael John Gambon played the role of Dumbledore in the Harry Potter films from the third installment.

Jude Law: Jude Law has been planned to play the character in the sequel to the film Fantastic Beasts and Where to Find Them.

There have always been speculations from, if not all, but many fans that Dumbledore could be gay. Even direct David Yates exclaimed for his next film, Fantastic Beasts and Where to Find them, that young Dumbledore will be portrayed as gay. This will be based on his relationship with Gellert Grindelwald, the dark wizard.

This is not the first time in the Hogwarts world that the interesting character has been claimed to be gay by a filmmaker or the characters creator itself. J.K. Rowling too said back in 2007 that Dumbledore was always gay for her. He was in love with Grindelwald but was disappointed when his love interest showed his true colors like a dark wizard.

There are many traits to the character, as developed by Rowling, that hint that he is gay. His sense of fashion is one example. It was almost always about high-heeled boots and the purple cloak. He wore a flowered bonnet for Christmas and he always showed a love for knitting patterns. There is almost nothing masculine about Dumbledore’s fashion sense. 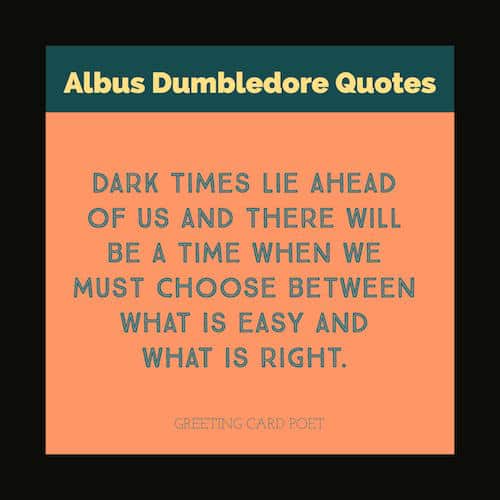 Fear of a name increases fear of the thing itself.

Numbing the pain for a while will make it worse when you finally feel it.

Curiosity is not a sin… But we should exercise caution with our curiosity.

One can never have enough socks.

The consequences of our actions are always so complicated, so diverse, that predicting the future is a very difficult business indeed…

We must try not to sink beneath our anguish but battle on.

There is plenty to be learned even from a bad teacher: what not to do, how not to be.

People find it far easier to forgive others for being wrong than being right.

The best of us must sometimes eat our words.

He [Voldemort] never paused to understand the incomparable power of a soul that is untarnished and whole.

In dreams, we enter a world that’s entirely our own.

Remember, if the time should come when you have to make a choice between what is right, and what is easy, remember what happened to a boy who was good and kind and brave because he strayed across the path of Lord Voldemort.

Have you any idea how much tyrants fear the people they oppress? All of them realize that one day, amongst their many victims, there is sure to be one who rises against them and strikes back!’

Differences of habit and language are nothing at all if our aims are identical and our hearts are open. 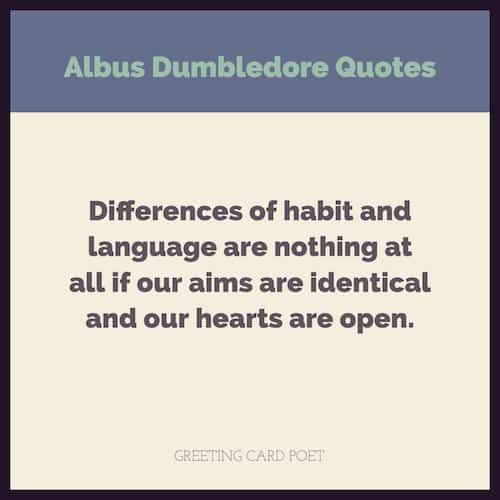 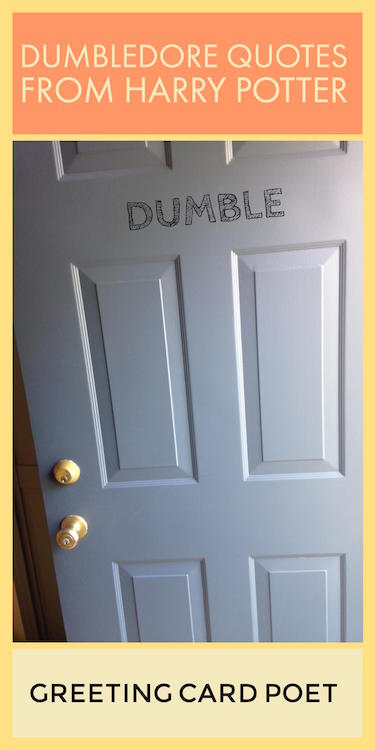 If you have any favorite Dumbledore quotes that we missed, let us know via the Contact page. Thanks!