You are here: Home / Fourth of July: Quotes, Wishes and Images

The Fourth of July is a celebration of America’s Independence Day. Fireworks, parades, concerts, games, and carnivals are an integral part of the celebration. U.S. citizens celebrate history and traditions in public and private events throughout the country.

July 4 in the U.S. is a national holiday. Nearly all federal institutions close for the day. Traditional celebrations include wearing red, white and blue clothing, fireworks, barbecues, and parades. The Star-Spangled Banner shows up on clothing, napkins and the American Flag hangs on poles. Americans celebrate Independence Day to commemorate their victory over Great Britain and the resulting freedom.

What is the 4th of July?

Happy Fourth of July commemorates the adoption of the Declaration of Independence on the 4th of July, 1776. The day has been celebrated as a federal holiday since 1941 and tradition goes back to the American Revolution. The War of 1812 several decades later pitted the U.S. against Great Britain again. 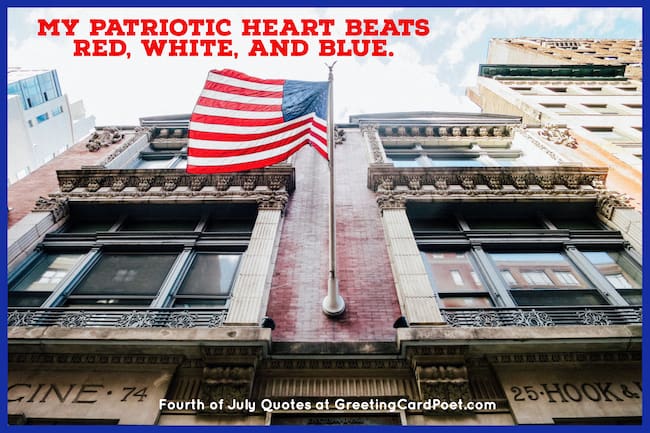 History of the Fourth of July

The Continental Congress voted for independence on July 2, 1776. Thus, America became independent 2 days earlier than July 4, 1776.  However, the Declaration of Independence was adopted by the colonies on July 4th.

John Adams, a Founding Father, the first vice president and the second president of the United States, wanted July 2 to be celebrated as the day of the birth of American independence. Thus, he struggled to change the date from the beginning. He didn’t appear at many of the July 4th events. Interestingly, both Thomas Jefferson and John Adams died on July 4, 1826, the 50th anniversary of Independence Day.

Richard Henry Lee drafted the resolution for independence which led to the Declaration of Independence which was almost unanimously voted in favor. The vote of independence may have taken place on July 2. But, the 4th of July became the day of celebrating American independence. Very few colonists openly supported independence during the initial years of the American Revolutionary War. The support gained momentum after Thomas Pain published Common Sense in January 1776. 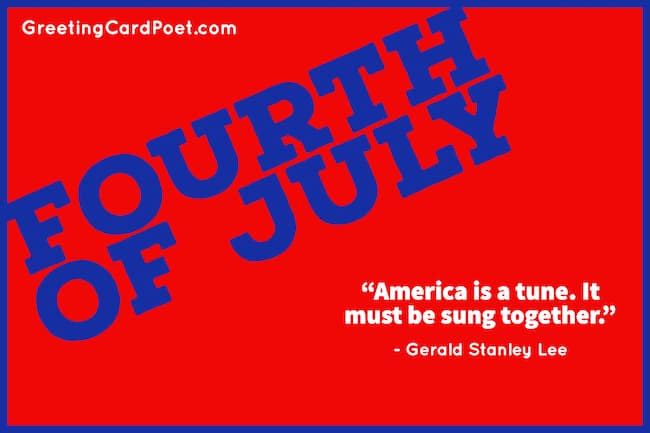 America was not built on fear. America was built on courage, on imagination and an unbeatable determination to do the job at hand.
President Harry S. Truman

America, to me, is freedom.
Willie Nelson

America is a tune. It must be sung together.
Gerald Stanley Lee

In the truest sense, freedom cannot be bestowed; it must be achieved.
Franklin D. Roosevelt

I know not what course others may take; but as for me, give me liberty or give me death.
Patrick Henry

Freedom is nothing but a chance to be better.
Albert Camus

The history of free men is never really written by chance but by choice; their choice.
President Dwight D. Eisenhower

Liberty is the breath of life to nations.
George Bernard Shaw

We must be free not because we claim freedom, but because we practice it.
William Faulkner

May the sun in his course visit no land more free, more happy, more lovely than this our own country.
Daniel Webster 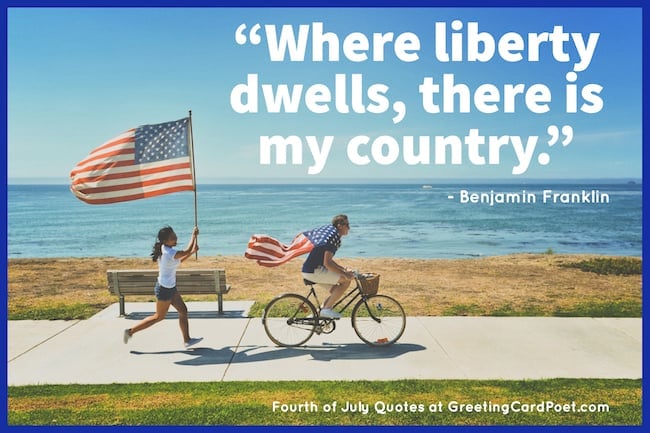 America has never been united by blood or birth or soil. We are bound by ideals that move us beyond our backgrounds, lift us above our interests and teach us what it means to be citizens.
President George W. Bush

Where liberty dwells, there is my country.
Benjamin Franklin

Humanity has won its battle. Liberty now has a country.
Marquis de Lafayette

OOH and AHH!
Everyone at a fireworks display.

True patriotism hates injustice in its own land more than anywhere else.
Clarence Darrow

I do not agree with what you have to say, but I’ll defend to the death your right to say it.
Voltaire

I would rather be exposed to the inconveniences attending too much liberty than to those attending too small a degree of it.
President Thomas Jefferson

For to be free is not merely to cast off one’s chains, but to live in a way that respects and enhances the freedom of others.
Nelson Mandela

Happy 4th of July. I hope you take this time to celebrate one of the most important things about being an American: 3-day weekends.
Ellen DeGeneres

A traditional Independence Day picnic means a menu of hot dogs charred into cylinders of industrial-grade carbon, and hamburgers so undercooked that when people try to eat them, they leap off the plate and frolic on the lawn like otters.
Dave Barry

The best thing about July 4th is you don’t have to buy people stuff that they don’t like and will never use.
Melanie White

It’s important to remember why we celebrate July 4th – because they let us off work.
Melanie White

Today marks a historic date in our country. Happy 4th of July to everyone. The day Will Smith saved us from Aliens.

Ahhh, on the 4th of July. The day where trips to the hospital start with the words Hold my beer and watch this.

There’s nothing like celebrating America’s independence by spending hundreds of dollars on Chinese fireworks.

It took 100 years for Congress to make the 4th of July an official holiday. The same amount of time it takes them to do anything now.

Independence Day Reminder: If you drink a fifth on the fourth, you may not go forth on the fifth.

Never look for leftover fireworks in your car with a lighter. The good news is I now have a sunroof.

If you have never shot bottle rockets from a beer bottle at your drunk friends on the 4th of July then you are not enjoying your freedom to the fullest. 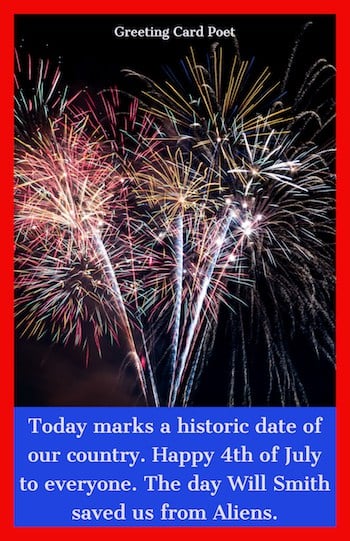 Independence Day celebrates the adoption of the Declaration of Independence. It commemorates the day in 1776 when Continental Congress announced the formation of the United States of America by the 13 American colonies. Americans celebrate the day in different ways. This includes fireworks, carnivals, parades, picnics, baseball games, barbecues, fairs, concerts, political ceremonies, and even family reunions.

On this special day, let us come forward and make a promise to take our nation on the path of prosperity so that people can live a happy life. Happy Independence Day to all.

Make this 4th Of July memorable by counting the blessings and appreciating our freedom.

This Independence Day, take a step back and cherish your life and the country you live in while appreciating the sacrifices people made to give us independence today.

This Independence Day, let’s bring forth a new wish to craft beautiful tomorrows for ourselves.

Enjoy the blessings of freedom and independence, but also do your part and work hard to appreciate it.

We are lucky to be born in an independent America famous for its rich culture and traditions.

As we celebrate our nation’s freedom, we honor the courageous men and women dedicated to preserving it.

Best wishes to your family on this Independence Day. Take pride in being a citizen of this wonderful country. Have a great time with love, happiness, and peace.

This Independence Day brings forth new hope to make tomorrow’s most beautiful and cherished. Wishing everyone a very happy 4th of July.

On this special day, let’s make a promise to lead our nation on a path of prosperity & peace.

May our country always flourish and celebrate many more years of independence. Wishing you all a very happy and blessed independence day.

4th of July is a day to rejoice, be proud and salute all those brave warriors who fought for the freedom of our country. No amount of appreciation will be enough to thank them. Have a great 4th of July.

“El Cuatro de Julio” is the Spanish way of saying July Fourth. It is worth noting the role of Spain in the independence of America. Spain was an ally of France and declared war on Britain. It provided support to the American forces in the form of munitions and supplies. Jose Monino y Redondo, the then Prime Minister of Spain, was vocal in his support of the Revolution.

Most of the early settlers were farmers and gradually many industries were formed. Cities began to be established on the coast and trade began to grow. The colonies that eventually formed the United States were settled in 1732 and by 1770 all the 13 British colonies had a population of over 2.1 million.

The 13 colonies announced their separation from the Britain colonialists on July 2, 1776, and signed the Declaration of Independence on July 4, 1976. Interestingly, New York city first abstained from signing but later voted to support it. Thus, the US celebrated the first anniversary of its independence on July 4, 1977, which involved just gunshots fired in the morning and evening. The Massachusetts General Court recognized the state celebration of independence in 1781.

Fireworks display became an integral part of the independence day celebration since the very beginning. Different states included it as part of the celebration in different years. Philadelphia and Boston included fireworks displays into the celebrations in 1777. John Adams made the prediction that Independence Day will become the greatest holiday in the country. He famously made this prediction in a letter he sent to his wife. He thought the day should feature pomp and parade, guns, sports, bells, games, illuminations, and bonfires.

The use of fireworks spread slowly in some states. For example, it took decades after the Revolution for New York and New England to use fireworks. However, firing muskets and cannons was a part of the celebration in most states. By the early 19th century, pyrotechnics had developed significantly. Fireworks featured different colors and shapes.  Consequently, this made the occasion more spectacular and vibrant than ever before.

Fourth of July images and memes 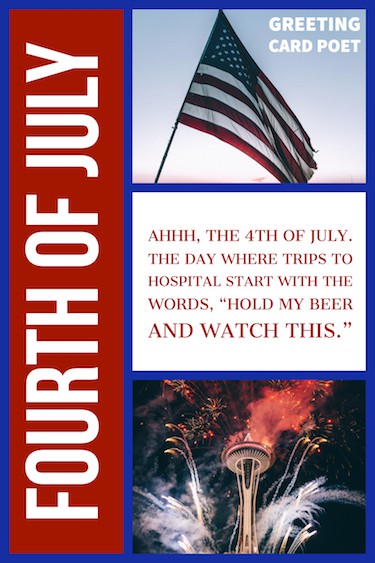 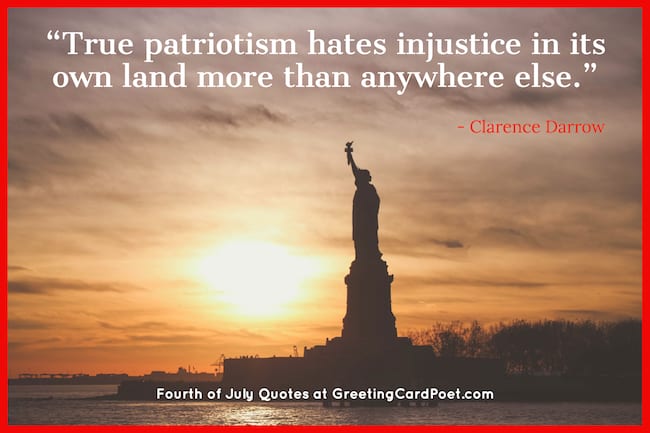 You’re on the Fourth of July page.

Claire is a writer living in Chicago.