You are here: Home / Racism Quotes: Equality and Justice in America

George Floyd’s murder in Minneapolis could be a turning point in our country for racial injustice. Sparked by yet another senseless killing of a black male – this time caught on videotape –  people in all 50 states and in countries worldwide held protests that in combination formed the biggest civil rights protest ever in the world. To understand some of the background that has framed these events, one must have some knowledge of the history of systemic racism and police brutality in America.

Obviously, much work on a local, city, state, country, and world basis needs to be done. There are many things an individual can do to help bring about change. First, improve your awareness of racial justice issues. Read good books like So You Want To Talk About Race by Ijeoma Oluo. Listen to knowledgeable speakers, podcasts, and TV interviews. Support organizations like Black Lives Matter with financial donations. Get active. Engage friends and family in meaningful conversation. Speak out against racism when you see or hear it.

Below are 27 carefully selected racial justice quotes, racism quotes, and justice sayings. Martin Luther King, Jr., Malcolm X, President Barack Obama, and James Baldwin are just some of the authors featured. Familiarizing yourself with these insights might provide you the inspiration you need to help make a difference. 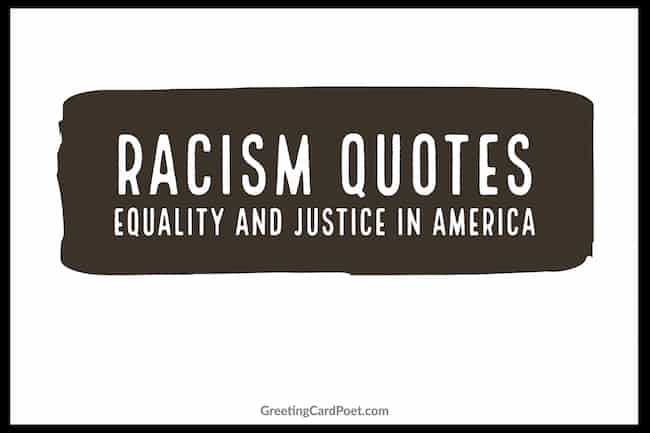 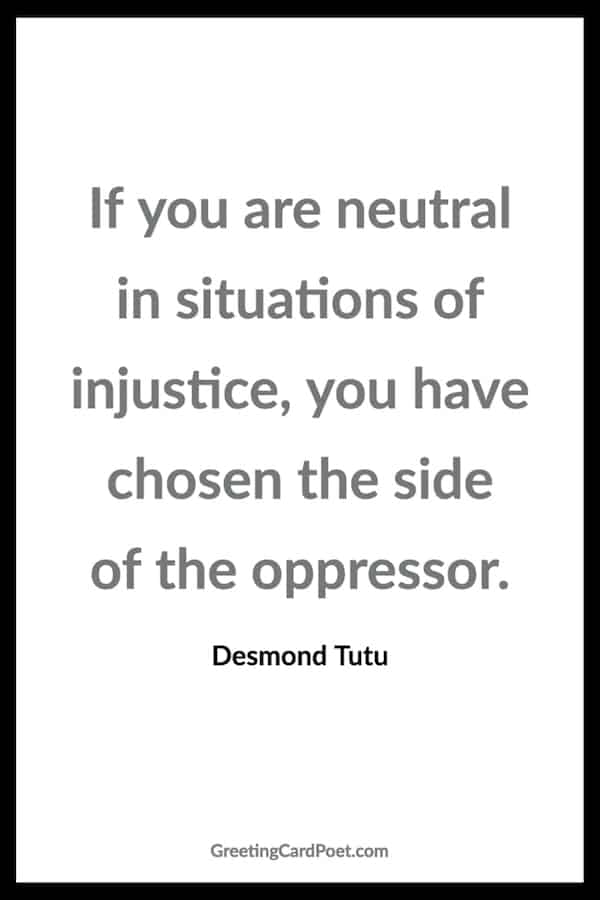 1.) If you are neutral in situations of injustice, you have chosen the side of the oppressor.
Desmond Tutu 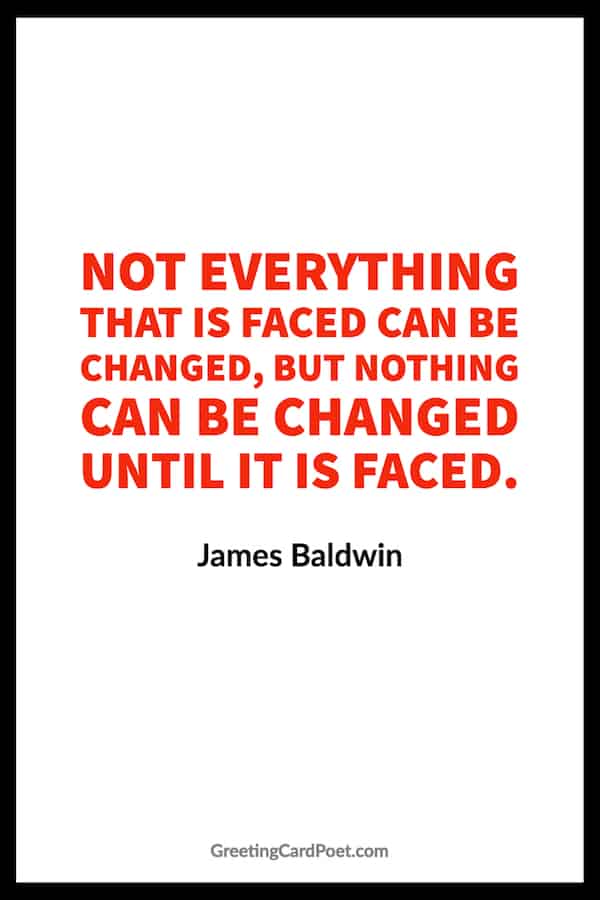 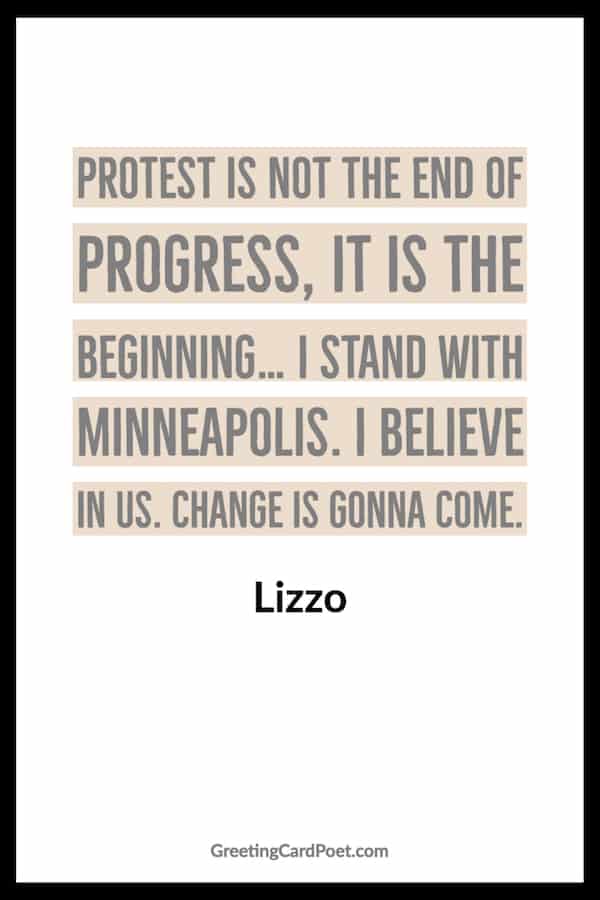 4.) Protest is not the end of progress, it is the beginning… I stand with Minneapolis. I believe in us. Change is gonna come.
Lizzo 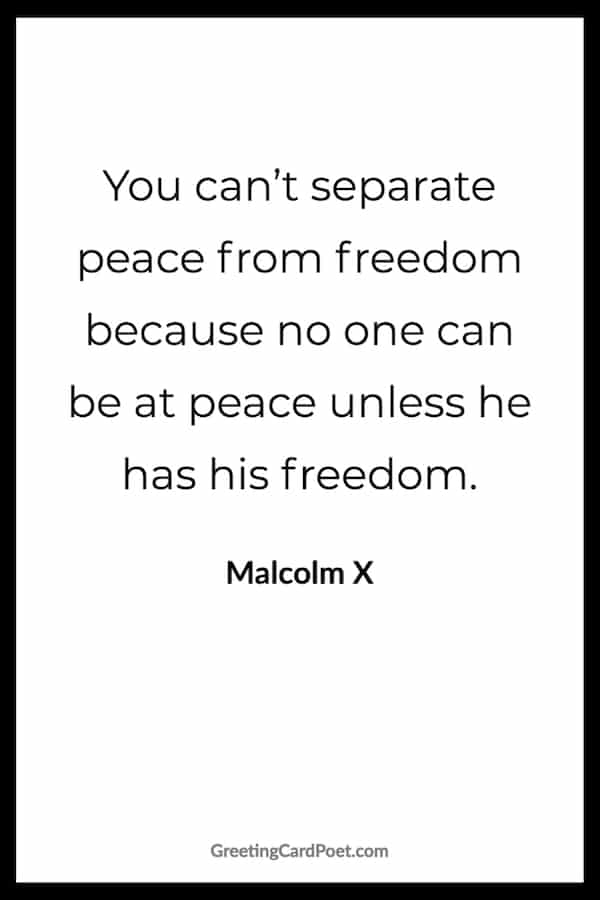 5.) You can’t separate peace from freedom because no one can be at peace unless he has his freedom.
Malcolm X 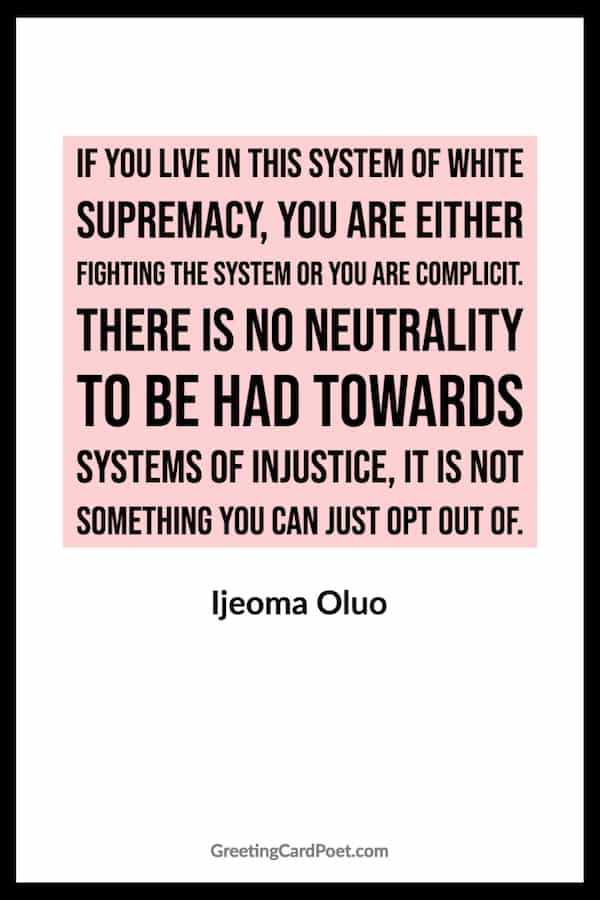 6.) If you live in this system of white supremacy, you are either fighting the system or you are complicit. There is no neutrality to be had towards systems of injustice, it is not something you can just opt-out of.
Ijeoma Oluo 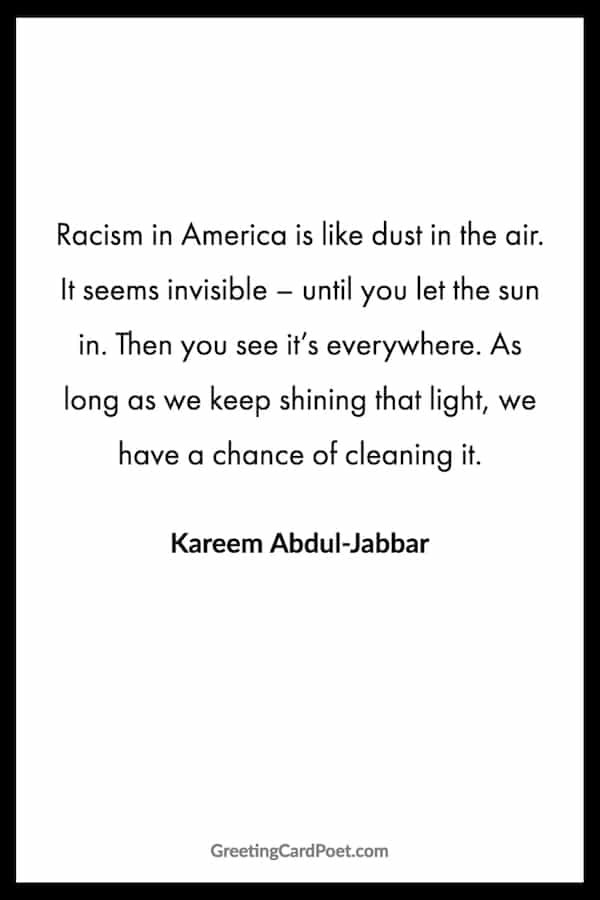 7.) Racism in America is like dust in the air. It seems invisible – until you let the sun in. Then you see it’s everywhere. As long as we keep shining that light, we have a chance of cleaning it.
Kareem Abdul-Jabbar 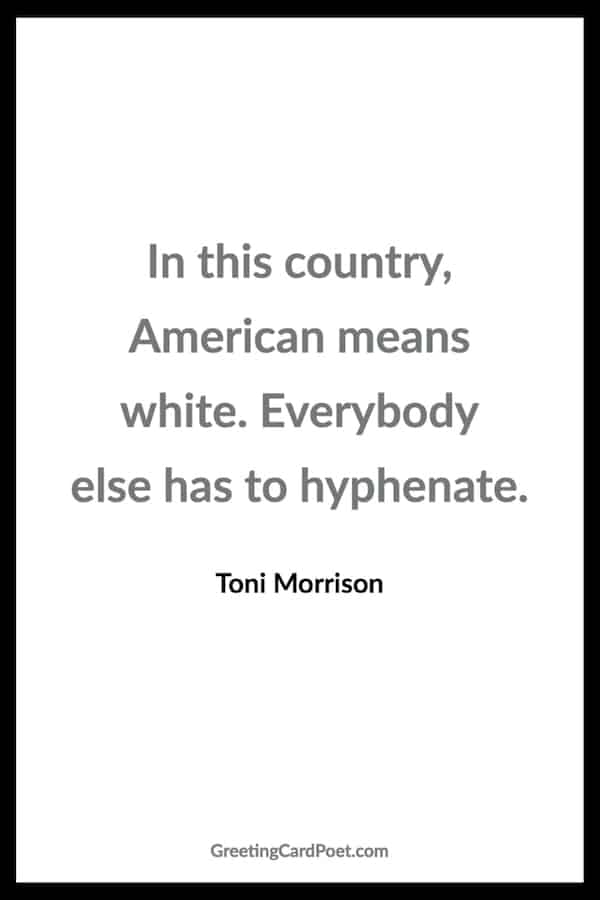 8.) In this country, American means white. Everybody else has to hyphenate.
Toni Morrison 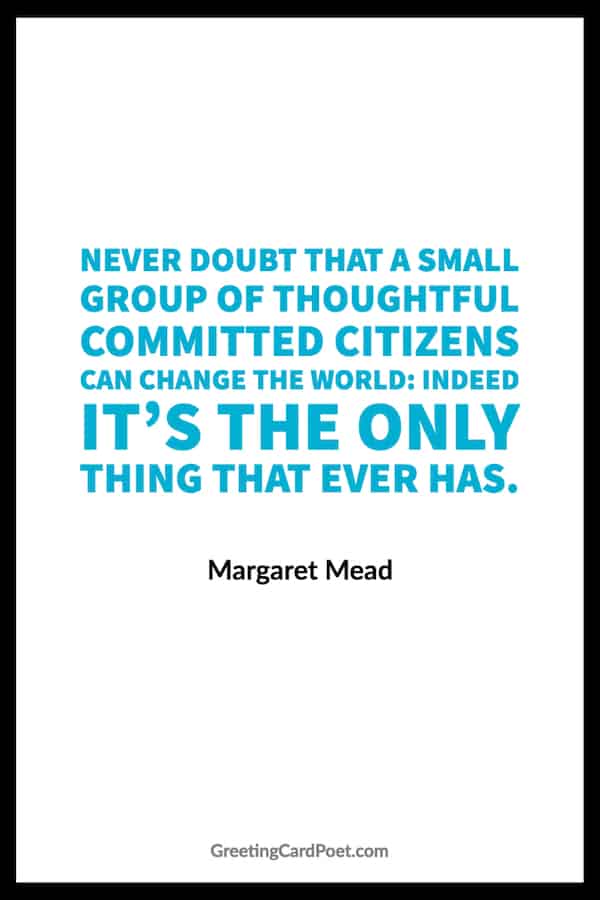 9.) Never doubt that a small group of thoughtful committed citizens can change the world: Indeed it’s the only thing that ever has.
Margaret Mead 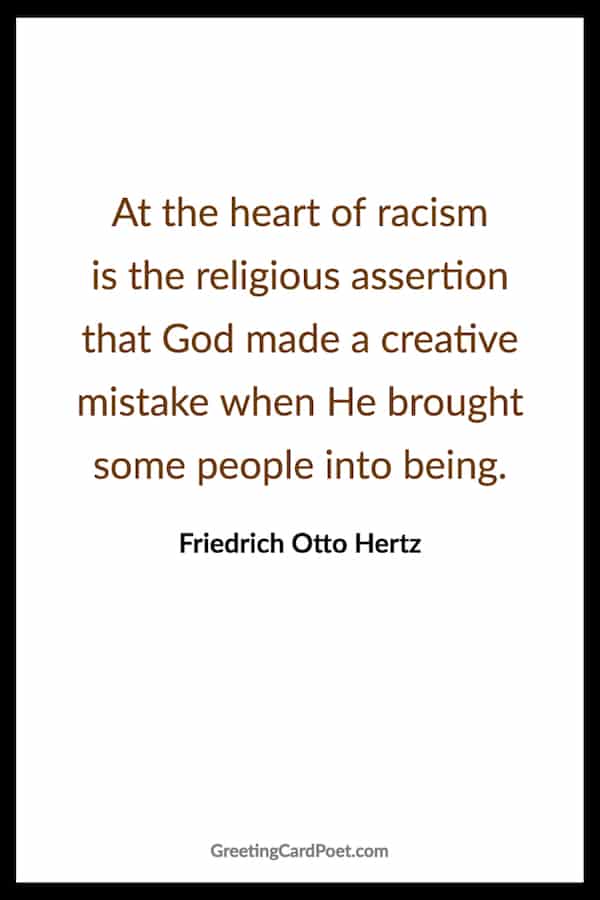 10.) At the heart of racism is the religious assertion that God made a creative mistake when He brought some people into being.
Friedrich Otto Hertz 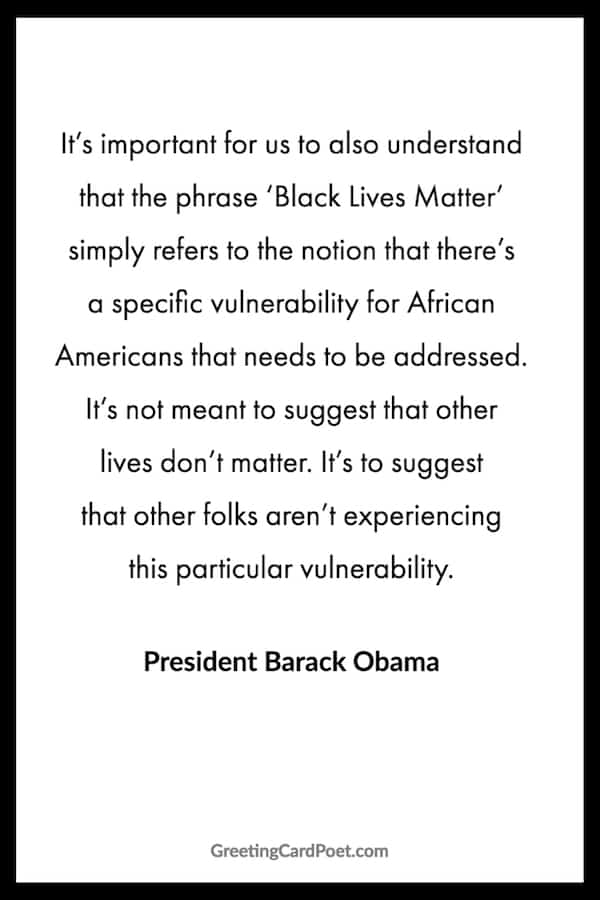 11.) It’s important for us to also understand that the phrase ‘Black Lives Matter’ simply refers to the notion that there’s a specific vulnerability for African Americans that needs to be addressed. It’s not meant to suggest that other lives don’t matter. (And) It’s to suggest that other folks aren’t experiencing this particular vulnerability.
President Barack Obama — You might also like Michelle Obama Quotes. 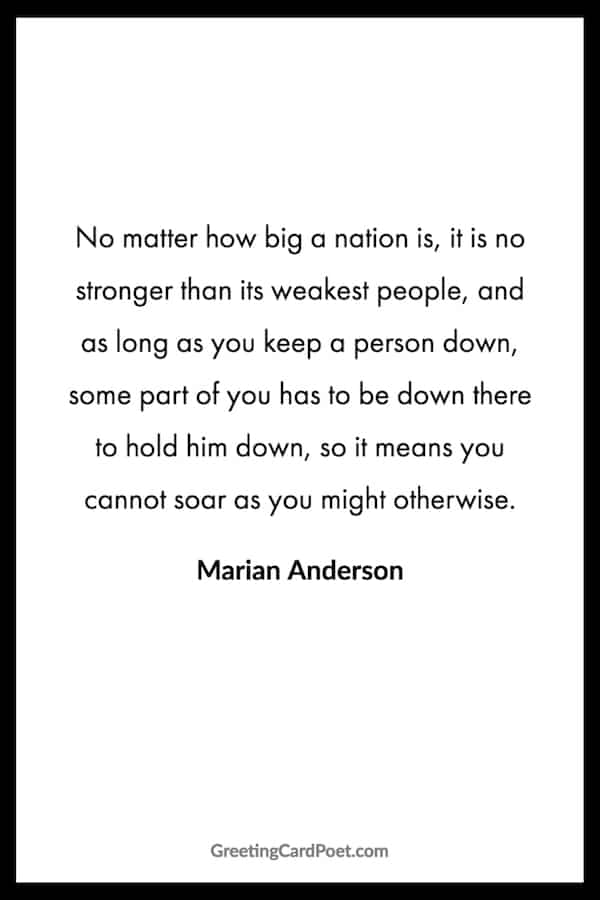 12.) No matter how big a nation is, it is no stronger than its weakest people, and as long as you keep a person down, some part of you has to be down there to hold him down, so it means you cannot soar as you might otherwise.
Marian Anderson 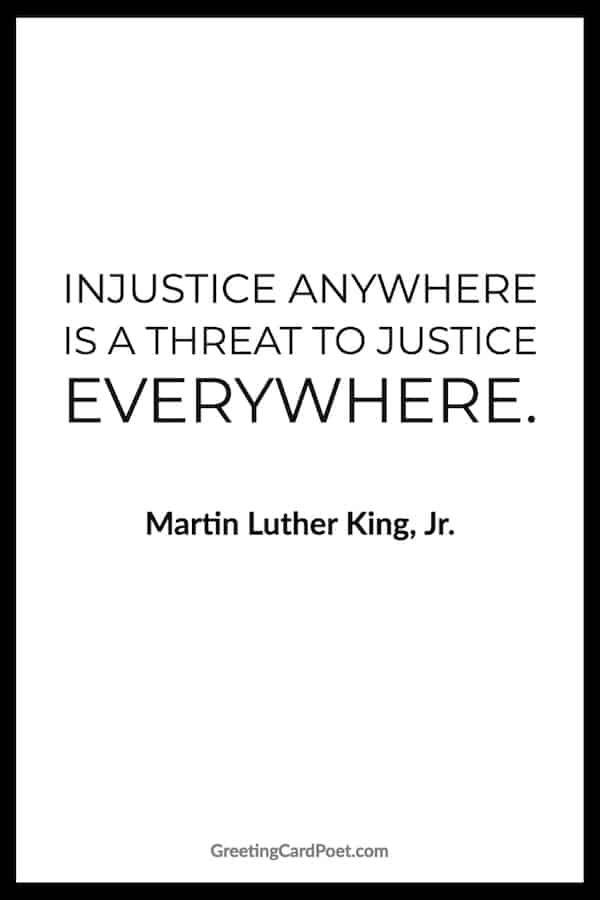 Quotes on Equality and Justice

15.) I hate racial discrimination most intensely and all its manifestations. I have fought all my life; (and) I fight now and will do so until the end of my days. Even although I now happen to be tried by one, whose opinion I hold in high esteem, I detest most.
Nelson Mandela

16.) I keep my ideals because in spite of everything I still believe that people are really good at heart.
Anne Frank

17.) I look at an ant and I see myself: a native South African, endowed by nature with a strength much greater than my size so I might cope with the weight of a racism that crushes my spirit.
Miyamoto Musashi

18.) It is certain, in any case, that ignorance, allied with power, is the most ferocious enemy justice can have.

20.) I imagine one of the reasons people cling to their hates so stubbornly is because they sense, once hate is gone, they will be forced to deal with pain.

Note: If you have any suggestions for racism quotes, please let us know via the contact page. Thanks.

22.) Peace is not merely a distant goal that we seek, but a means by which we arrive at that goal.

24.) We cannot hold a torch to light another’s path without brightening our own.

27.) I plan to stand by nonviolence because I have found it to be a philosophy of life that regulates not only my dealings in the struggle for racial justice, but also my dealings with people, and with my own self.

We hope you enjoyed these racial justice quotes.

You’re on the Racism Quotes: Equality and Justice in America page.