You are here: Home / Inspirational Words to Lift Your Spirits

Our inspirational words in the form of quotes from notables were selected with the idea to lift spirits. There are ups and downs in everyone’s lives – that’s what makes it so interesting.

Part of the trick to a successful life is not dwelling too much on the negative. These thoughts and inspirations can help. Take a look and see if you find some inspirational words to elevate your mood.

Quotes to Inspire and Motivate

Do the Right Thing 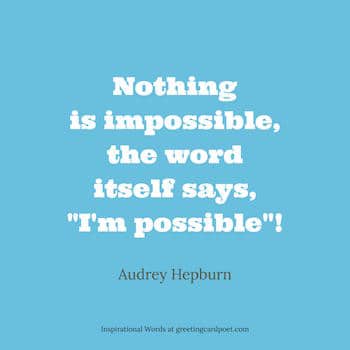 Tip: Look for opportunities to include quotes and inspirational words into your everyday life, e.g., boilerplate of your emails, dinner time conversation, photo captions, and more.

If you know of any inspirational words or quotes that would fit well here, please let us know via the Contact page. Thanks!