A unique thing about this collection of depression quotes is that they have been created by individuals who have themselves suffered from the pains of this disorder. If you feel depressed most of the time, you should know that you are not alone. Some of the greatest men and women have had to deal with it. It may be hard or impossible to define how it feels, but many have attempted to do so. And many have also attempted to overcome it, with some success. Here are some of the most notable insights on the subject matter. 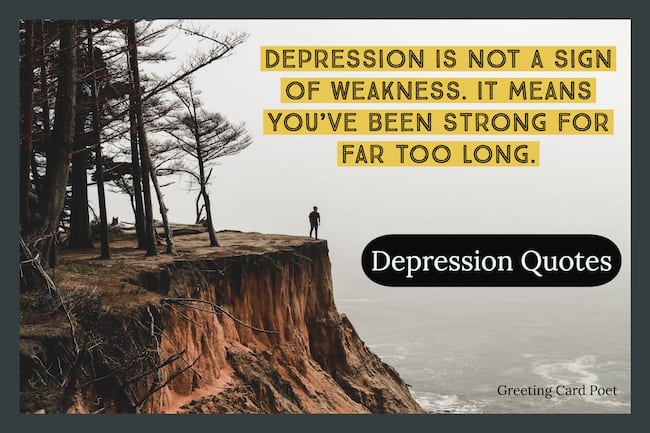 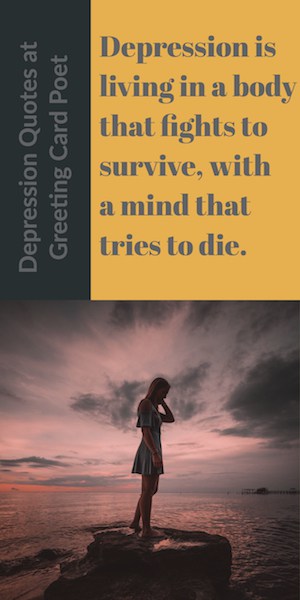 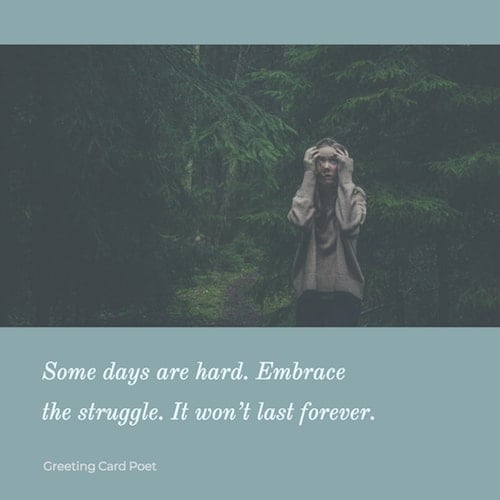 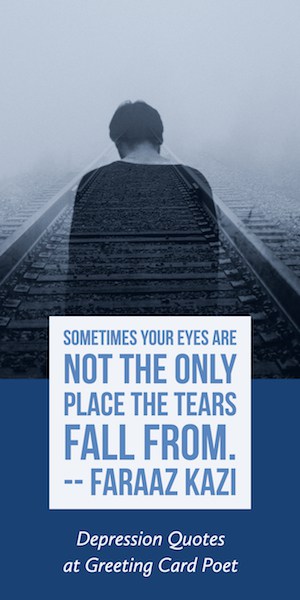 What is depression? Tens of millions of people suffer from depression and most of them have to live with it for life. It affects every aspect of your life because it influences how you feel and how you think. Being depressed may be caused by an event, but many people suffer from depression without any apparent cause. It makes you feel sad, you lose interest in almost everything, you can have trouble sleeping, and it can even create a sense of guilt or worthlessness.

You’re on Depression Quotes and Sayings.