Check out our collection of happy anniversary images, memes and pictures to greet the ones you love on their big day. Anniversaries typically signify a length of time to commemorate some type of commitment, accomplishment or feat, e.g. work anniversaries, historic events (the 75th anniversary of D-Day), or some major accomplishment (5 years cancer-free). But, on this page, we’re focusing on wedding anniversaries.

If you think about it, a wedding anniversary is not only a significant accomplishment, but also a joyous occasion. Two people have joined hands – literally and figuratively – to share life together. The ups, the downs, and everything in between are now taken on as a partnership team.

So, as you look through our collection of memes, images, and photos, please note that we have some designated to send to friends and family members. And, also, some to share with your significant other. Some work in both situations. Pick one that works for you and include it in a Facebook post, a text or an email. Join in the celebration with the right message and visual.

If you’re in a hurry, the Poet along with his expert panel, selected these 5 images as his favorites. But, if you have time, check ’em all out. 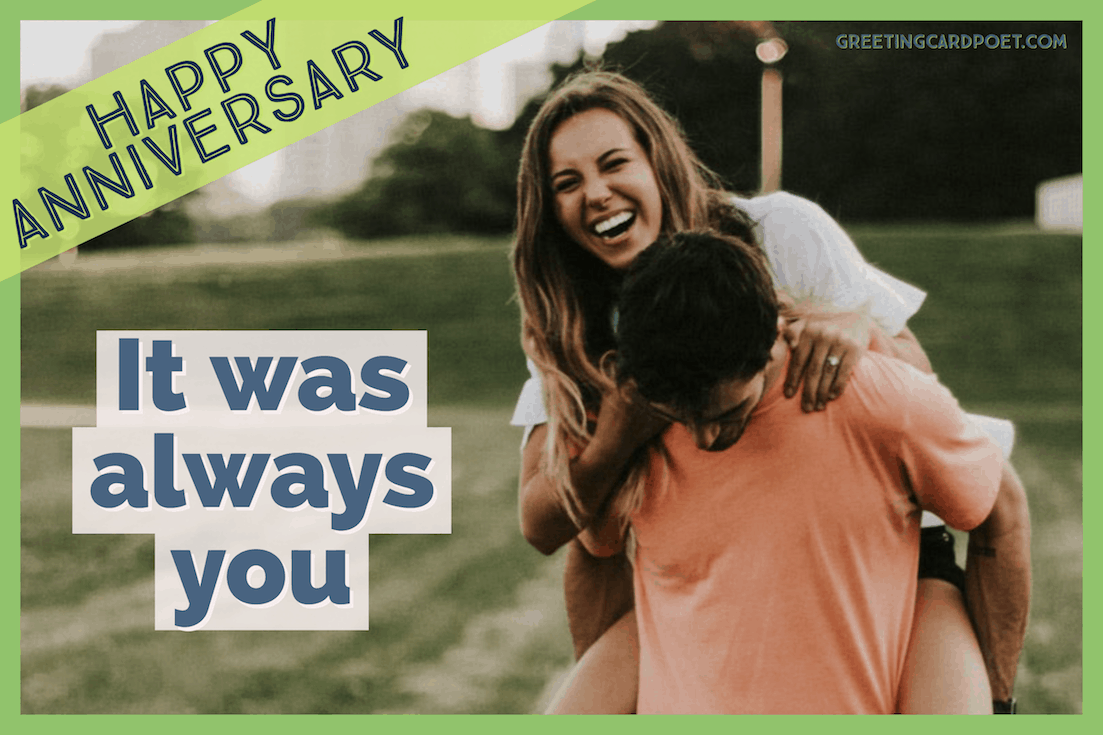 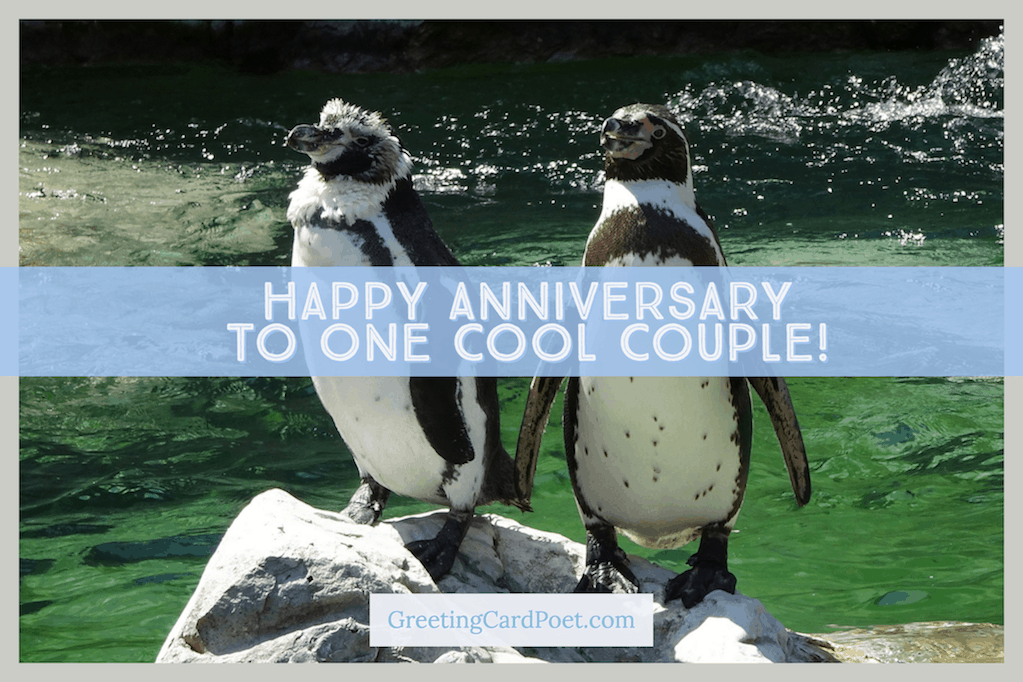 2.) Happy Anniversary to one cool couple. 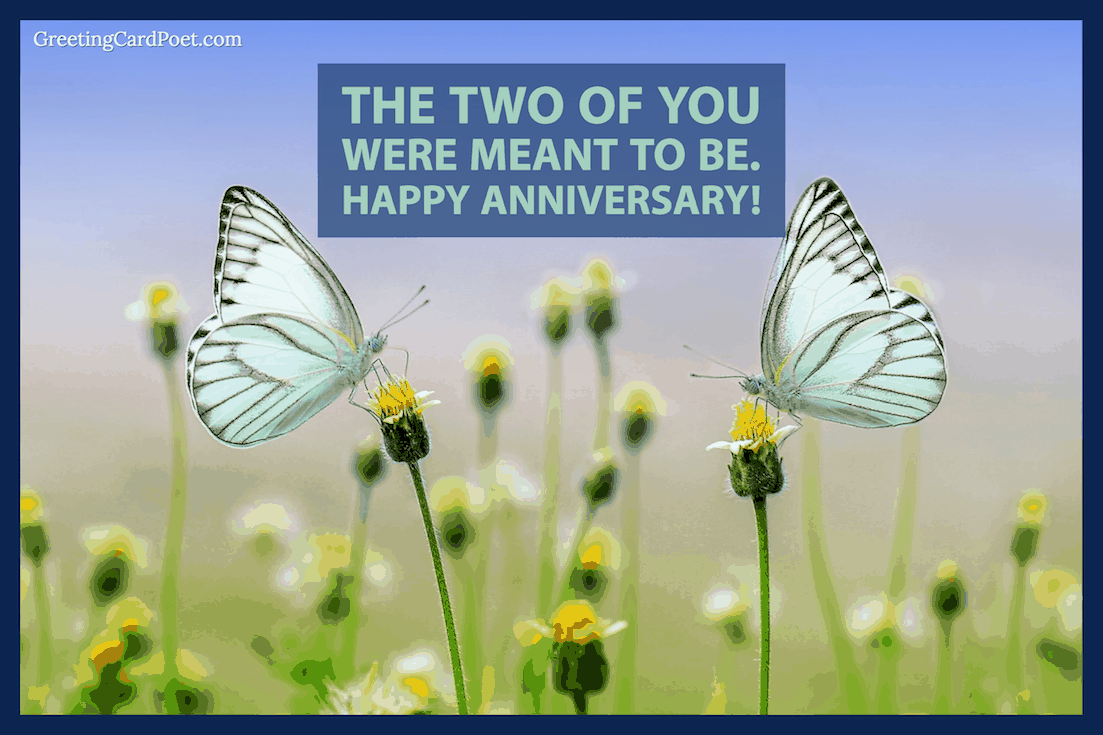 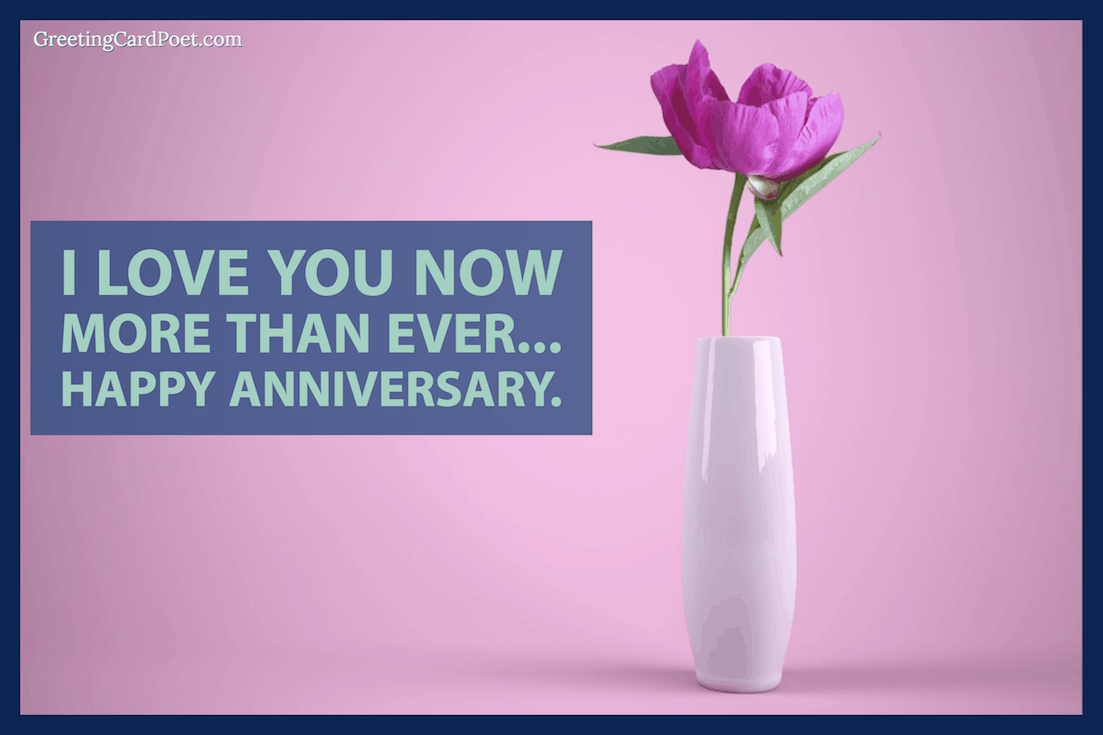 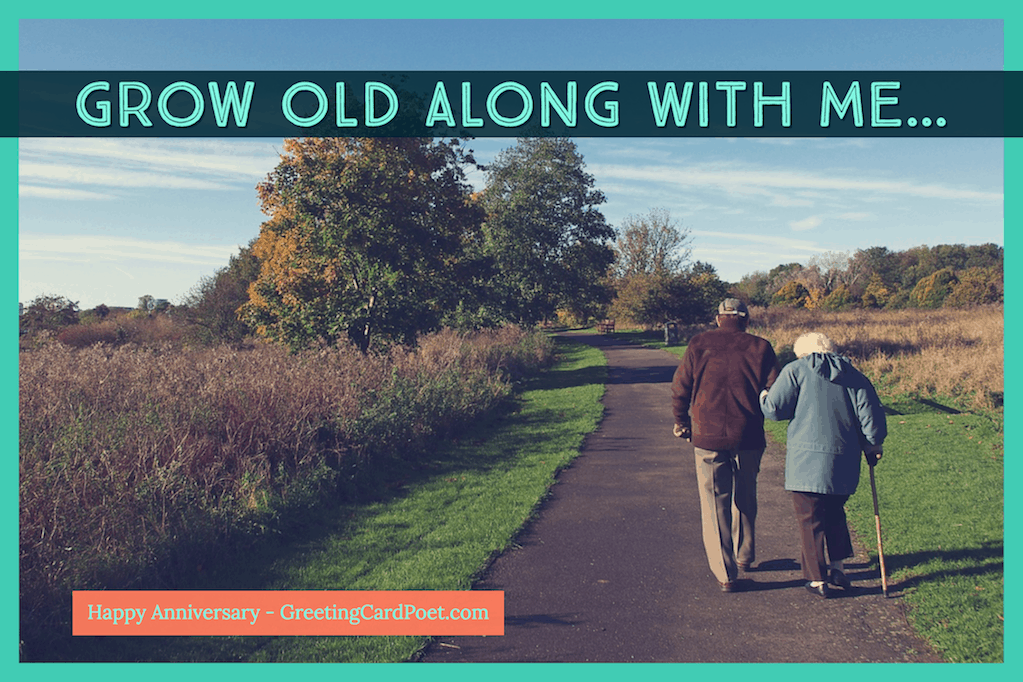 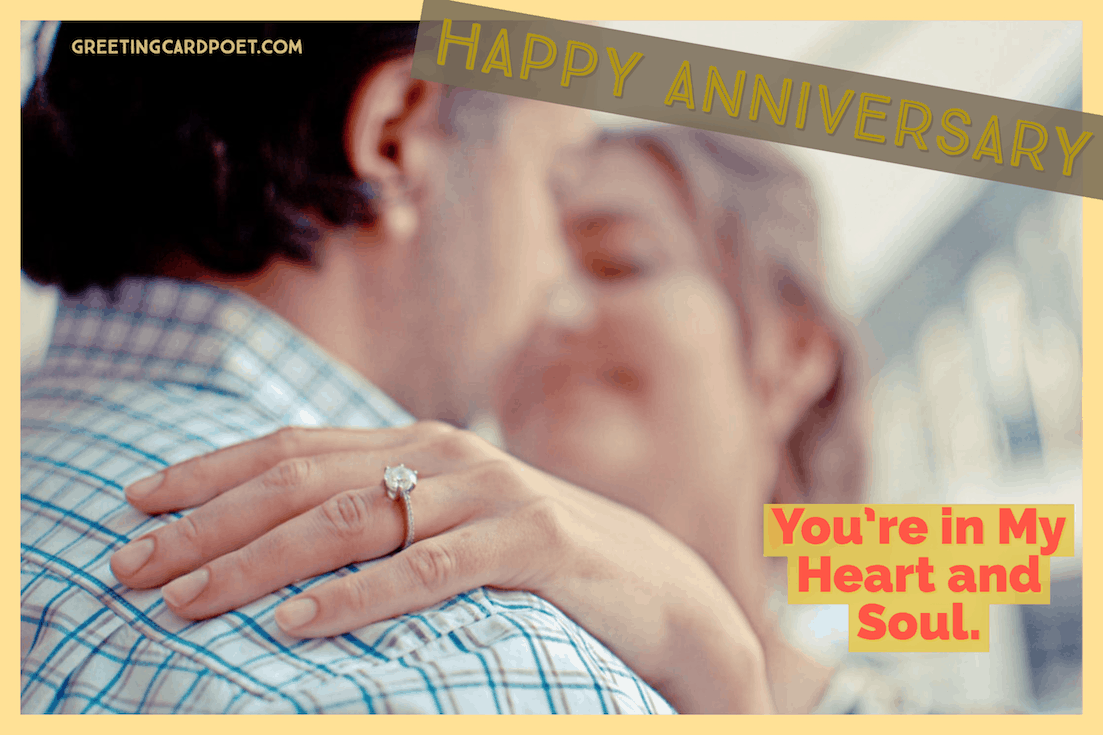 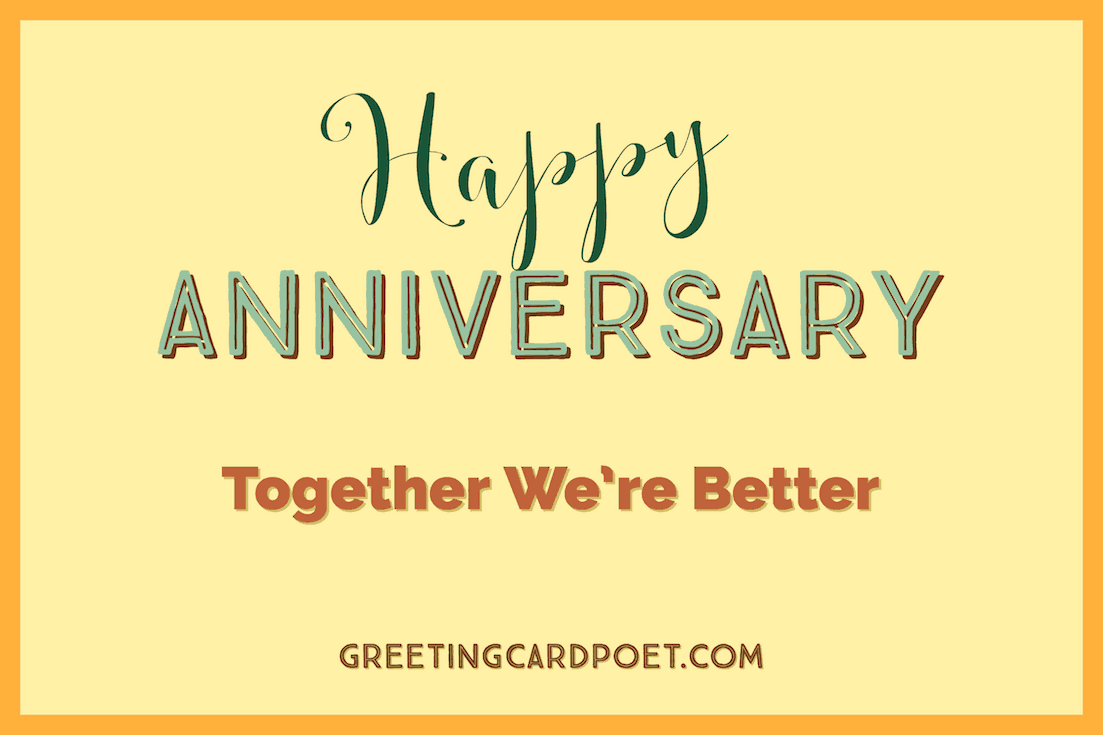 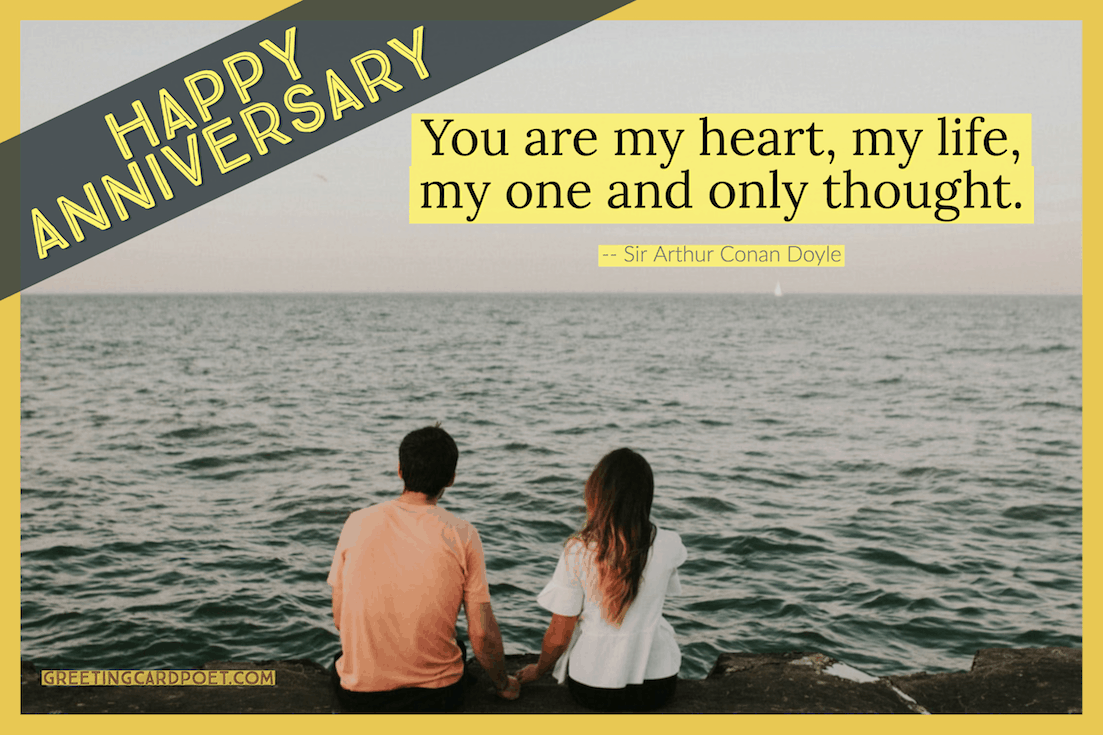 8.) You are my heart, my life, my one and only thought.
Sir Arthur Conan Doyle 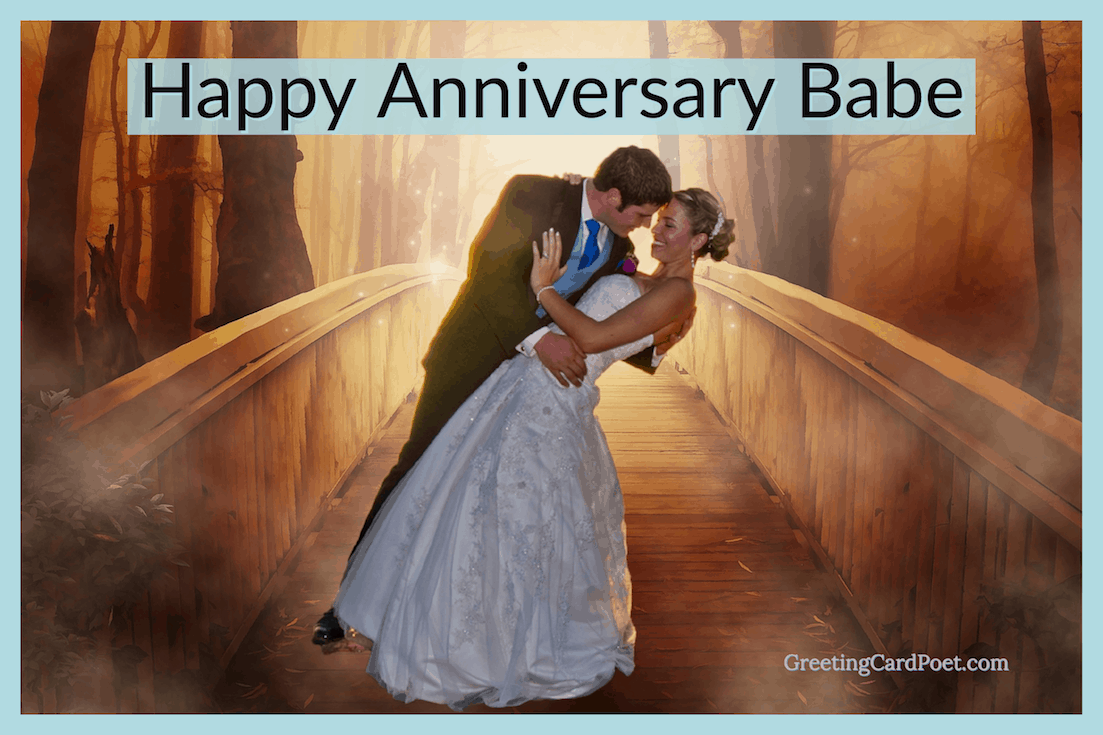 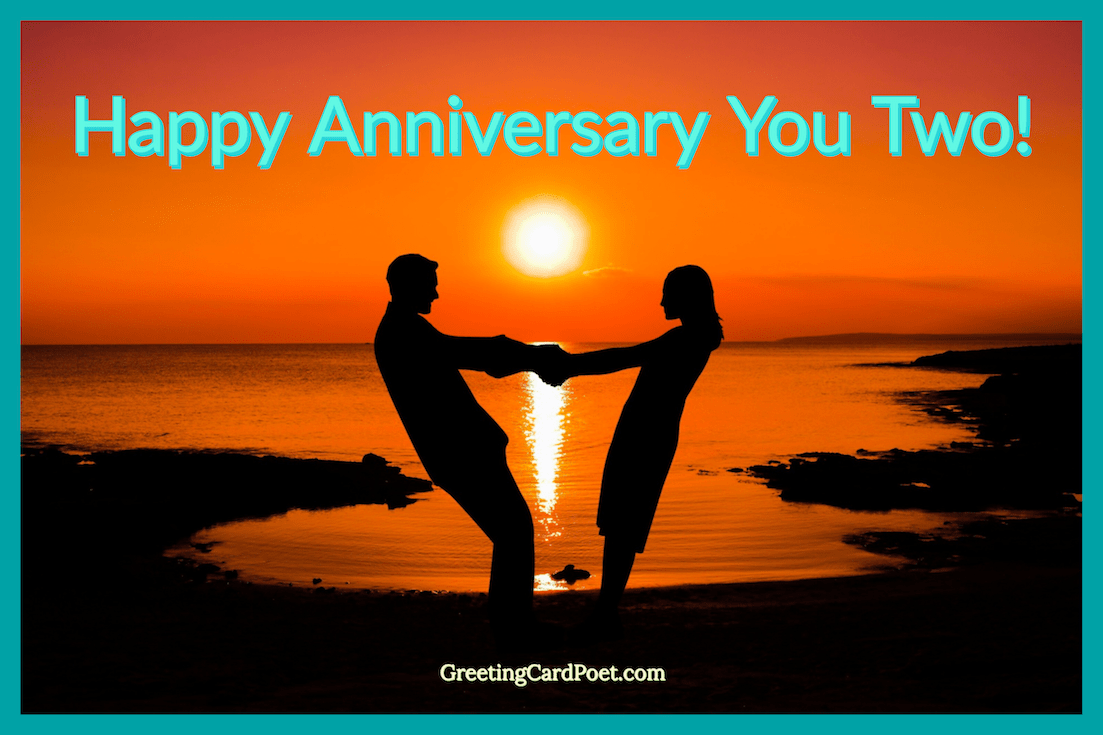 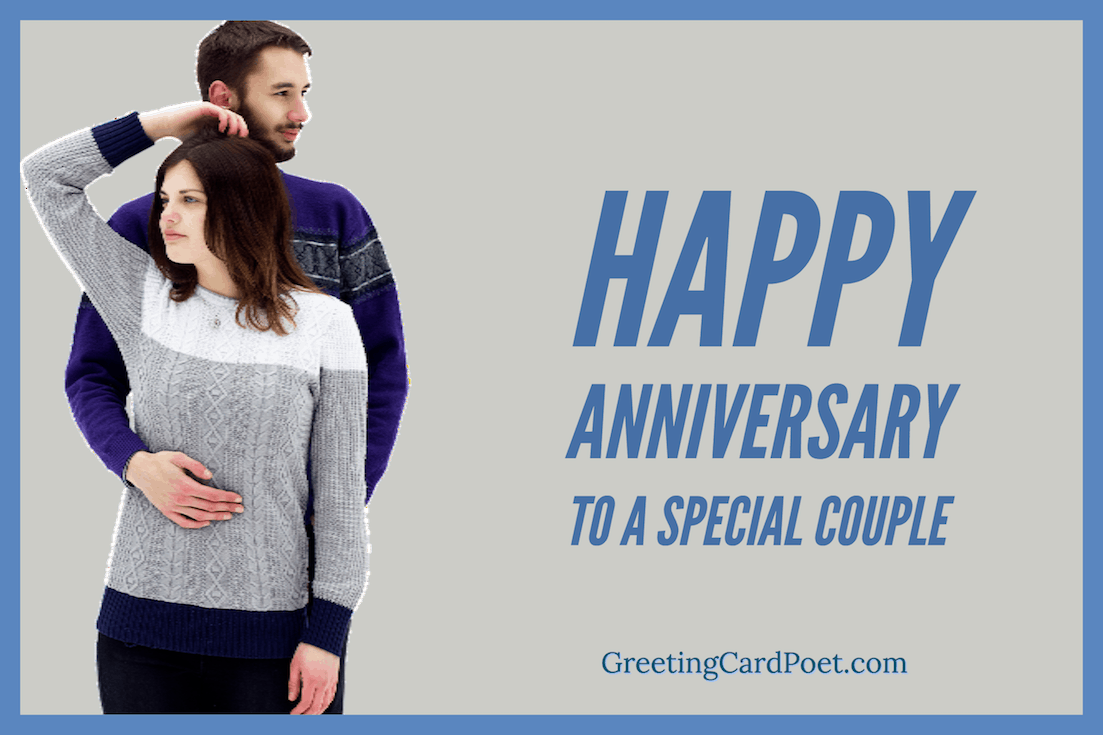 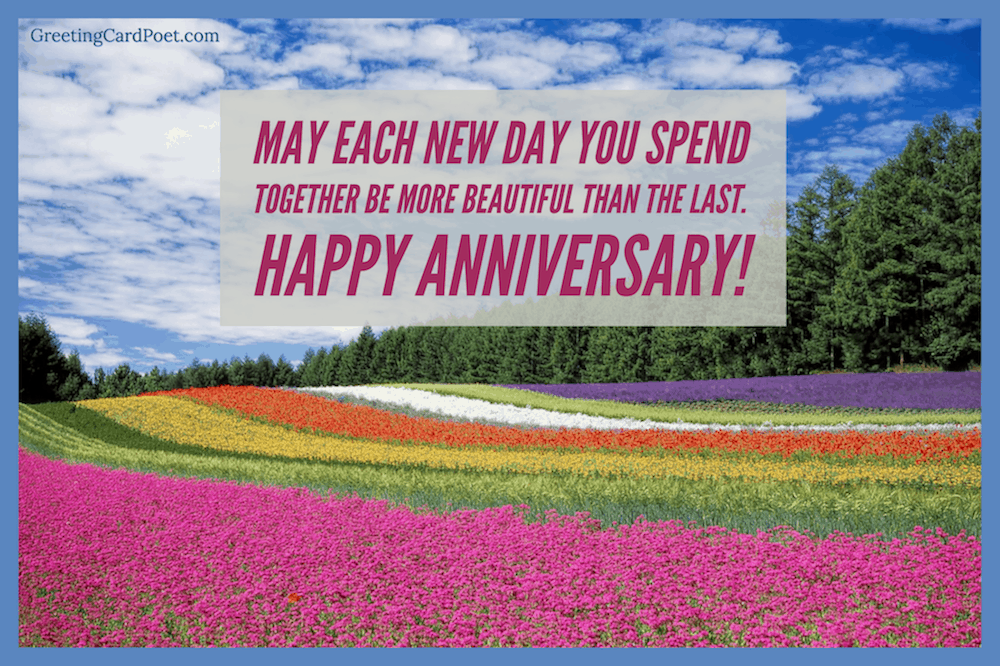 12.) May each new day you spend together be more beautiful than the last. 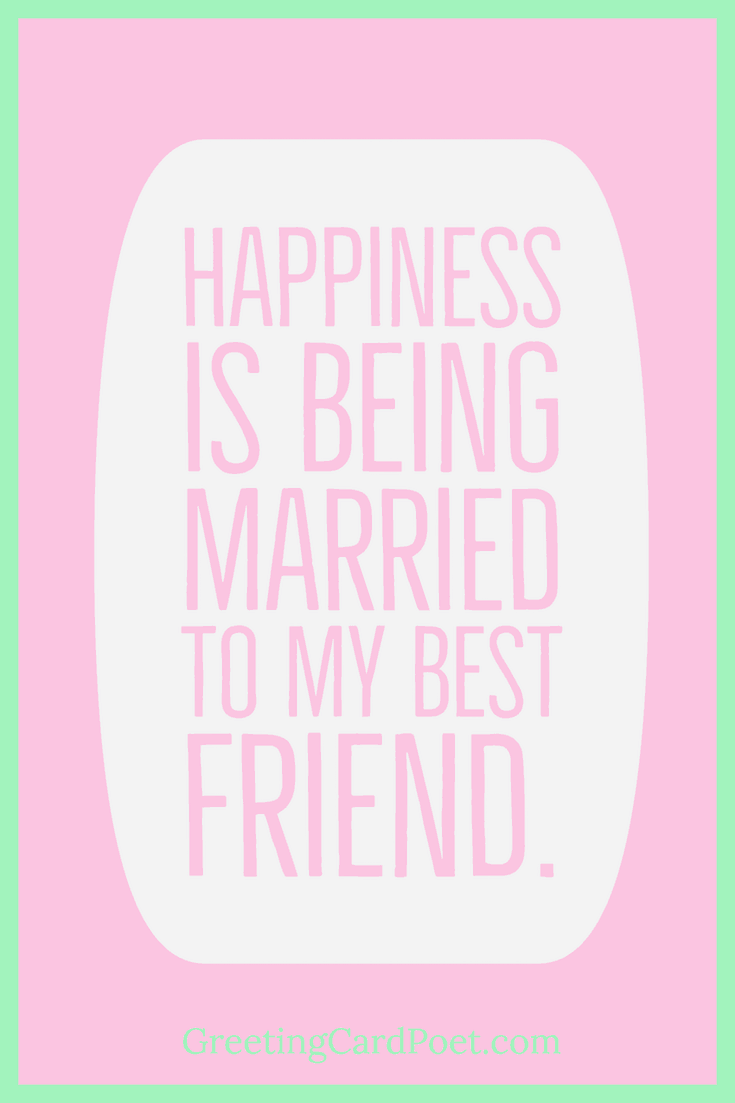 13.) Happiness is being married to my best friend. 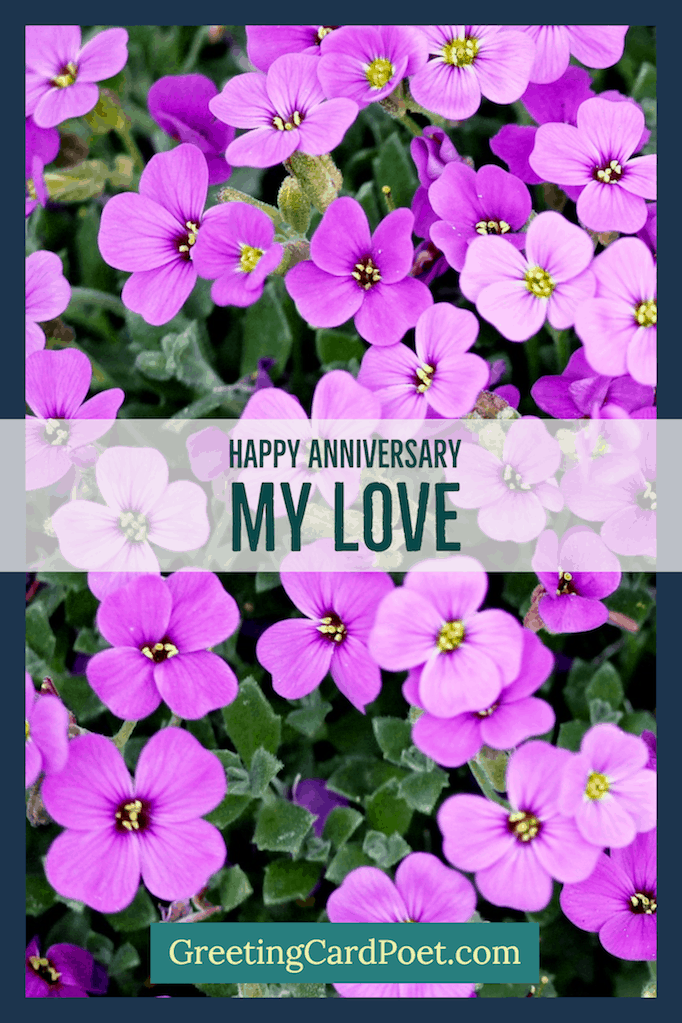 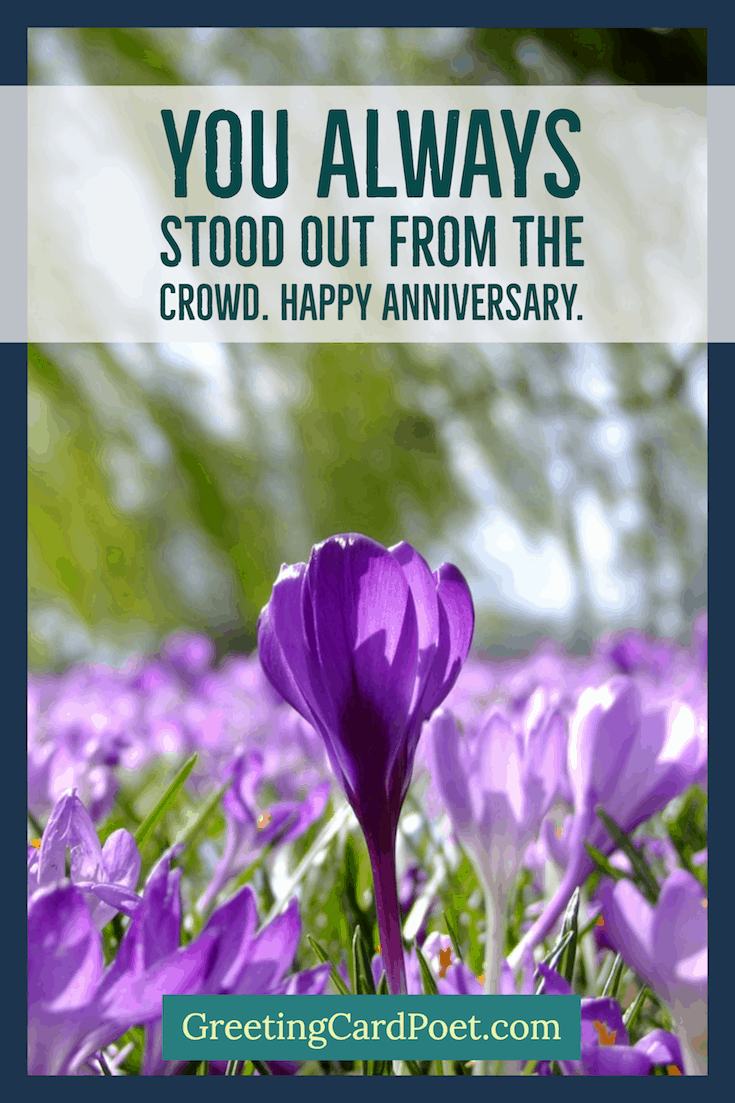 15.) You always stood out from the crowd. 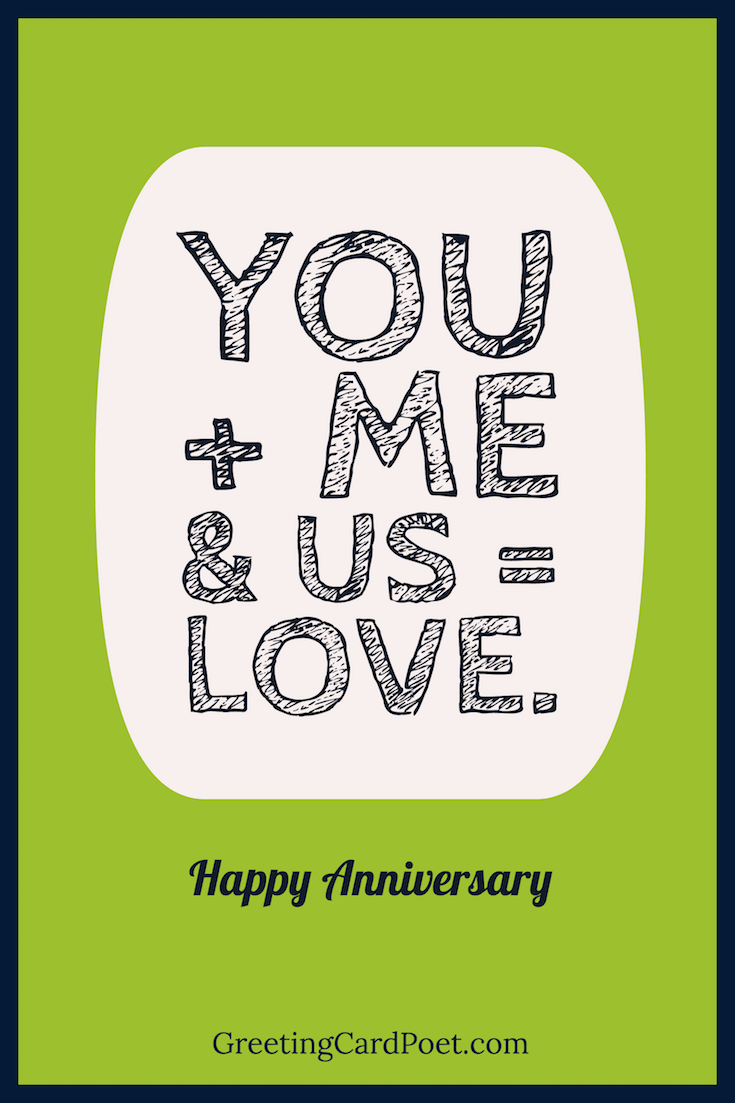 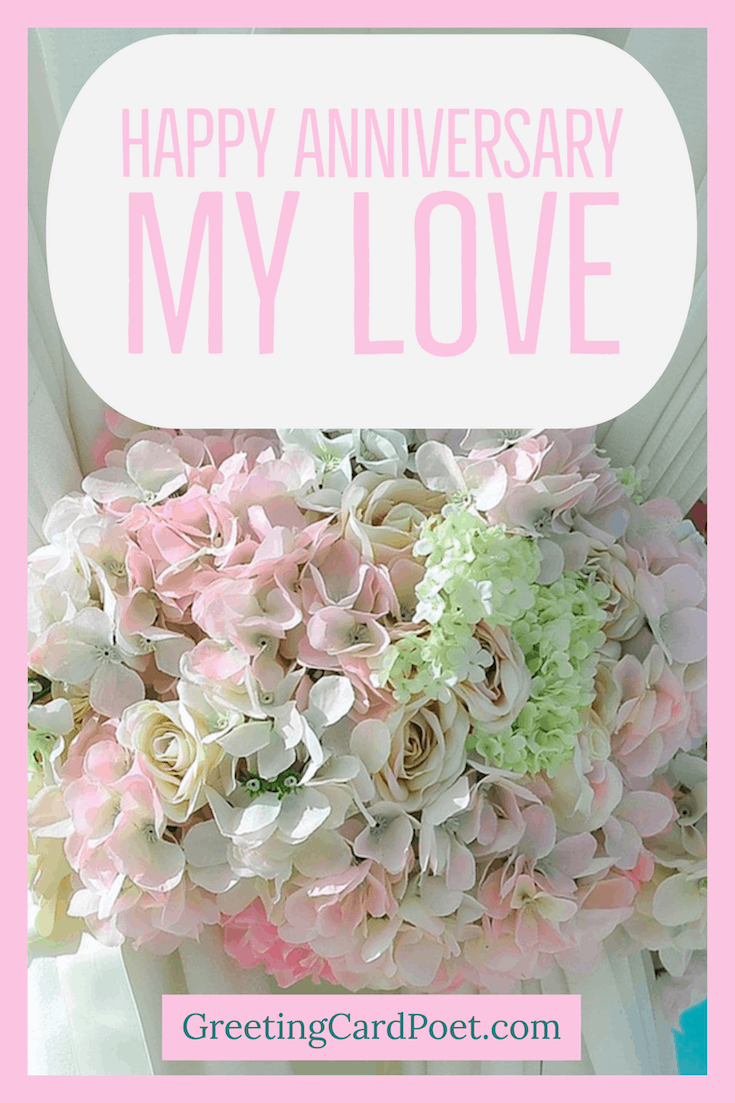 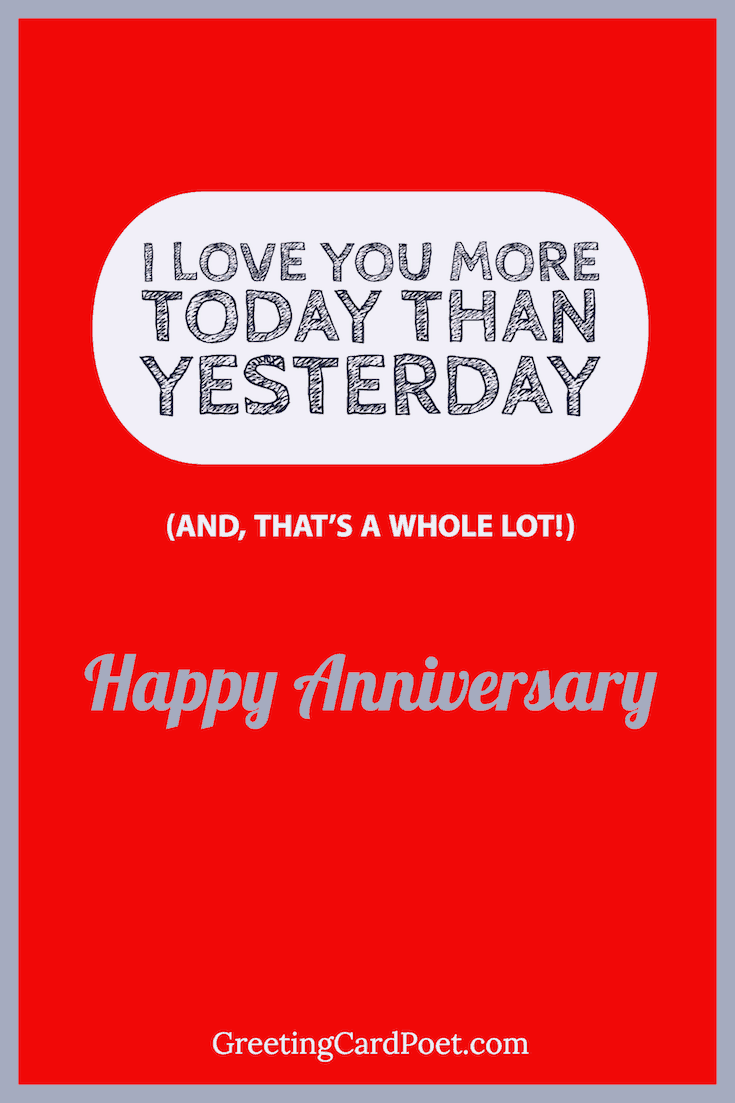 18.) I love you more today than yesterday (and that’s a whole lot!) 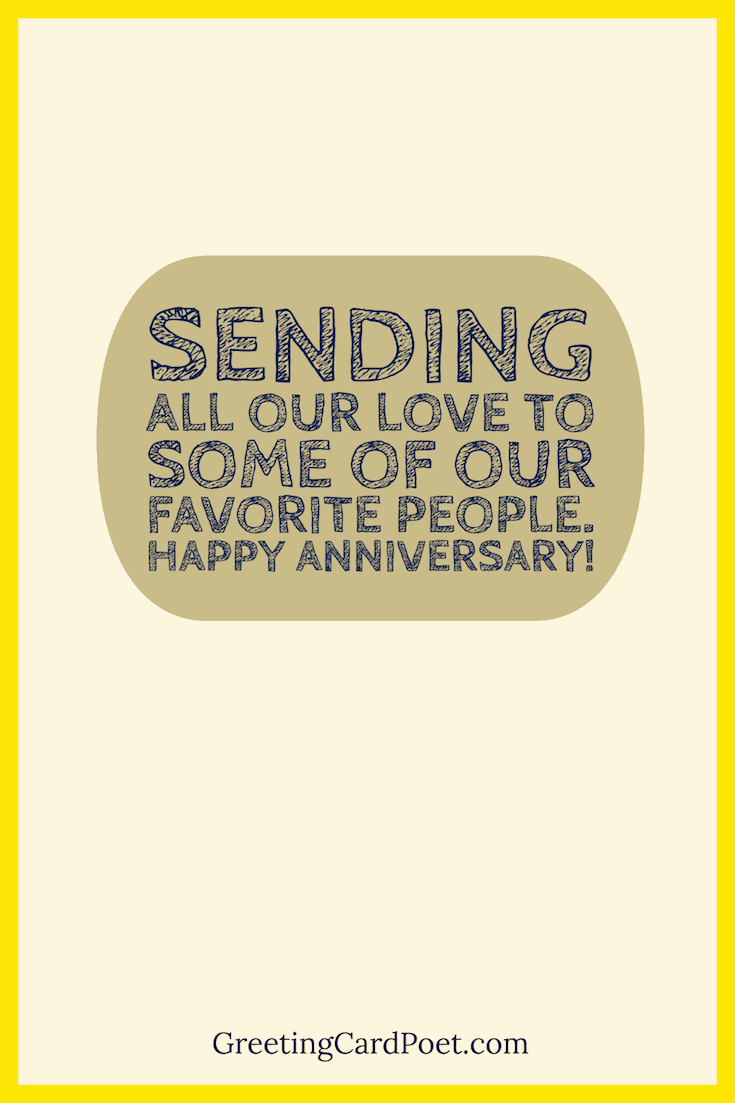 19.) Sending all of our love to some of our favorite people. 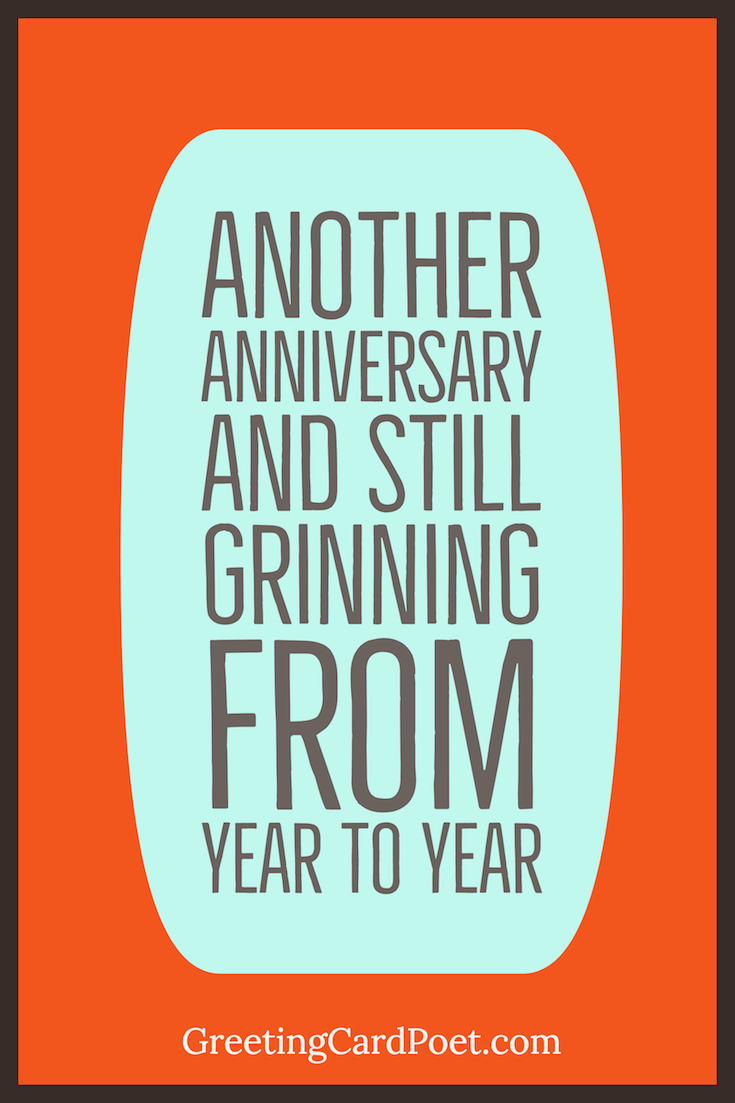 20.) Another anniversary and still grinning from year to year. (An anniversary wish with a built-in pun — does it get any better?) 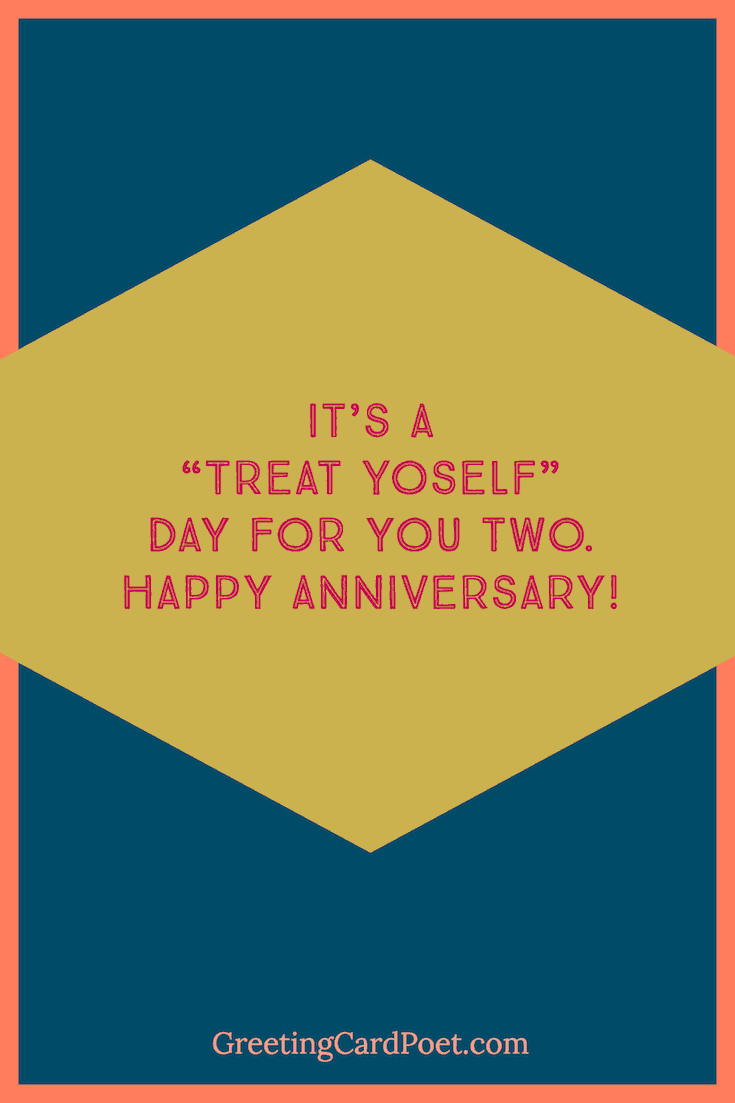 21.) It’s a “Treat Yo Self” day for you two. (This self-care message is a tribute to Tom and Donna on Parks and Recreation). Check out Anniversary Ideas. 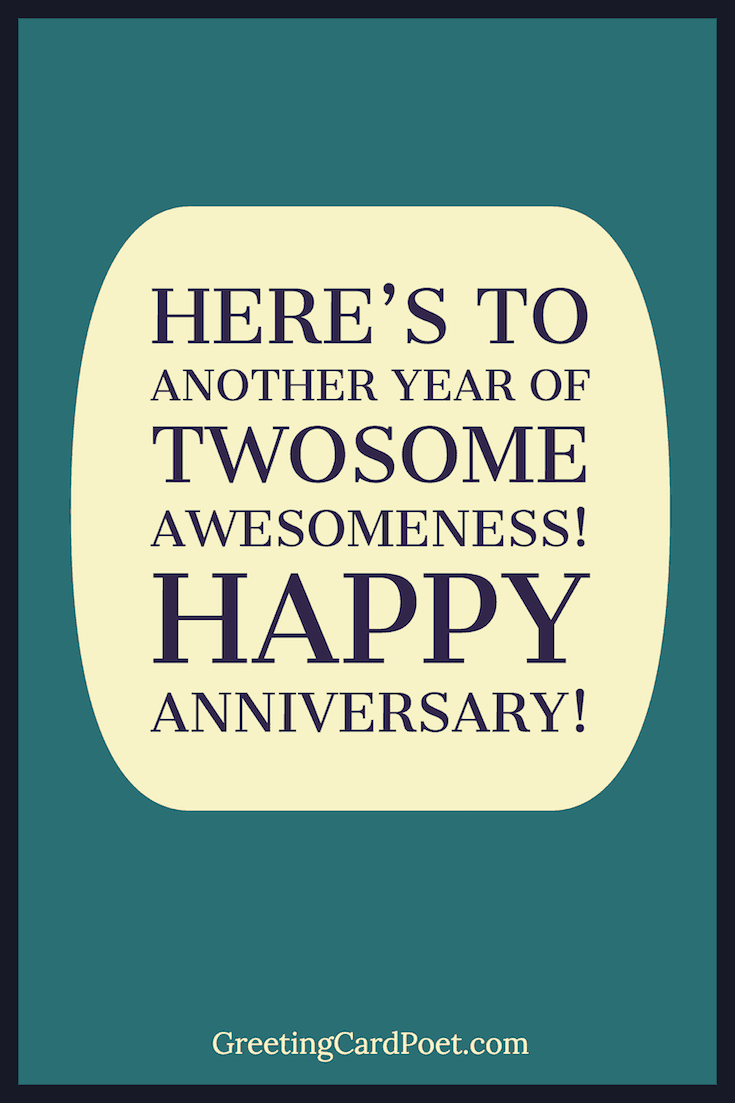 22.) Here’s to another year of twosome awesomeness! 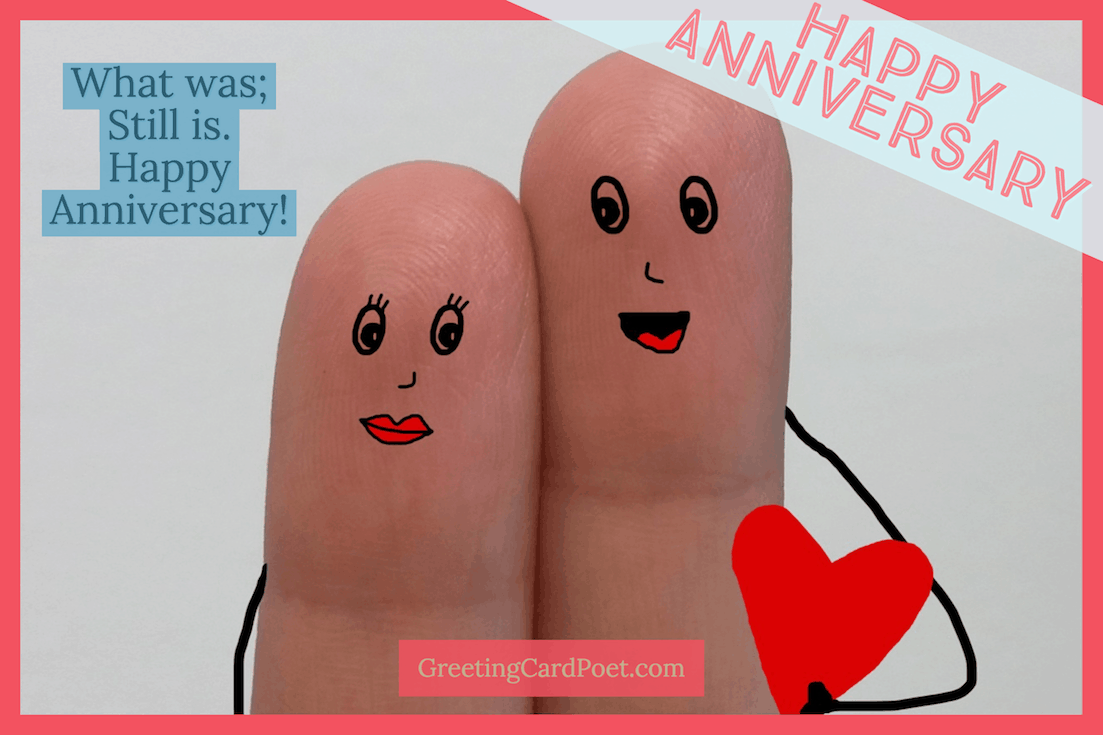 There you have it: 23 images, memes and pictures.