You are here: Home / 55 Innovation Quotes to Inspire

Innovation quotes from artists, authors and inventors can help you understand the creative process and get you motivated. Have a look.

Inspiration exists, but it has to find you working.
Pablo Picasso

I began by tinkering around with some old tunes I knew. Then, just to try something different, I set to putting some music to the rhythm that I used in jerking ice-cream sodas at the Poodle Dog. I fooled around with the tune more and more until at last, lo and behold, I had completed my first piece of finished music.
Duke Ellington

Don’t trust a brilliant idea unless it survives the hangover.
Jimmy Breslin

Because of their courage, their lack of fear, they (creative people) are willing to make silly mistakes. The truly creative person is one who can think crazy; such a person knows full well that many of his great ideas will prove to be worthless. The creative person is flexible; he is able to change as the situation changes, to break habits, to face indecision and changes in conditions without undue stress. He is not threatened by the unexpected as rigid, inflexible people are.
Frank Goble

Invention, strictly speaking, is little more than a new combination of those images which have been previously gathered and deposited in the memory; nothing can come from nothing.
Sir Joshua Reynolds

If I’m going to sing like someone else, then I don’t need to sing at all.
Billie Holiday

The enemy of art is the absence of limitations.
Orson Welles

Sit down before fact as a little child, be prepared to give up every conceived notion, follow humbly wherever and whatever abysses nature leads, or you will learn nothing.
Thomas Huxley

There are always flowers for those who want to see them.
Henri Matisse

There is no use trying, said Alice. One can’t believe impossible things. I daresay you haven’t had much practice, said the Queen. When I was your age, I always did it for half an hour a day. Why, sometimes I’ve believed as many as six impossible things before breakfast.
Lewis Carroll 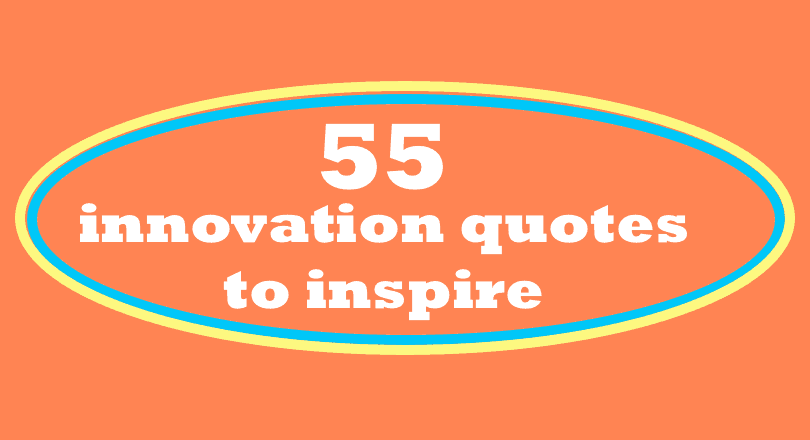 Neither the poet’s words nor the inventor’s things have any remarkable properties of their own. They are everyday words and things. It is the juxtaposition of them which is new.
David Pye

The world is but a canvas to the imagination.
Henry David Thoreau

We will discover the nature of our particular genius when we stop trying to conform to our own and other’s people’s models, learn to be ourselves and allow our natural channel to open.
Shakti Gawain

Nothing is done. Everything in the world remains to be done or done over. The greatest picture is not yet painted, the greatest play isn’t written, the greatest poem is unsung. There isn’t in all the world a perfect railroad, nor a good government, nor a sound law. Physics, mathematics, and especially the most advanced and exact of the sciences are being fundamentally revised. . . Psychology, economics, and sociology are awaiting a Darwin, whose work, in turn, is awaiting an Einstein.
Lincoln Steffens

The world is but a canvas to the imagination.
Henry David Thoreau

Have no fear of perfection, you’ll never reach it.
Salvador Dali

Routine in cuisine is a crime.
Edouard Nignon, French Gourmand

Genius means little more than the faculty of perceiving in an unhabitual way.
William James

The creative person wants to be a know-it-all. He wants to know about all kinds of things-ancient history, nineteenth-century mathematics, current manufacturing techniques, hog futures. Because he never knows when these ideas might come together to form a new idea. It may happen six minutes later, or six months, or six years. But he has faith that it will happen.
Carl Ally

It’s better to fail in originality than succeed in imitation.
Herman Melville

Creativity is seeing something that doesn’t exist already. You need to find out how you can bring it into being and that way be a playmate with God.
Michele Shea

The most potent muse of all is our own inner child.
Stephen Nachmanovitch

Think left and think right and think low and think high. Oh, the thinks you can think up if only you try.
Dr. Seuss

Listen to anyone with an original idea, no matter how absurd it may sound at first. If you put fences around people, you get sheep. Give people the room they need.
William McKnight

The key question isn’t, “What fosters creativity?” But it is why in God’s name isn’t everyone creative? Where was the human potential lost? How was it crippled? I think therefore a good question might be not why do people create? But why do people not create or innovate? We have got to abandon that sense of amazement in the face of creativity as if it were a miracle if anybody created anything.
Abraham Maslow

If you hear a voice within you say, ‘You cannot paint,’ then by all means paint, and that voice will be silenced.
Vincent Van Gogh

A new idea is delicate. It can be killed by a sneer or a yawn; it can be stabbed to death by a quip and worried to death by a frown on the right man’s brow.
Charles Brower

You can’t wait for inspiration, you have to go after it with a club.
Jack London

When we engage in what we are naturally suited to do, our work takes on the quality of play and it is play that stimulates creativity.
Linda Naiman

There is no doubt that creativity is the most important human resource of all. Without creativity, there would be no progress, and we would be forever repeating the same patterns.
Edward de Bono

There is only one of you in all time, this expression is unique. And if you block it, it will never exist through any other medium and it will be lost.
Martha Graham

If I create from the heart, nearly everything works; if from the head, almost nothing.
Mark Chagall

You can’t wait for inspiration, you have to go after it with a club.
Jack London

Every artist dips his brush in his own soul and paints his own nature into his pictures.
Henry Ward Beecher

Originality is nothing but judicious imitation.
Voltaire

Everyone who’s ever taken a shower has had an idea. It’s the person who gets out of the shower, dries off and does something about it who makes a difference.
Nolan Bushnell

Creativity is not the finding of a thing, but the making something out of it after it is found.
James Russell Lowell

All great deeds and all great thoughts have a ridiculous beginning.
Albert Camus

You write your first draft with your heart and you re-write with your head. The first key to writing is to write, not to think.
Sean Connery

Creativity is allowing yourself to make mistakes. Art is knowing which ones to keep.
Scott Adams

Don’t think. Thinking is the enemy of creativity. It’s self-conscious, and anything self-conscious is lousy. You can’t try to do things. You simply must do things
Ray Bradbury

An invasion of armies can be resisted, but not an idea whose time has come.
Victor Hugo

An idea that is developed and put into action is more important than an idea that exists only as an idea.
Edward de Bono

I think I am, therefore, I am. I think.
George Carlin

The music is not in the notes, but in the silence between.
Mozart

Creativity is a drug I cannot live without.
Cecille B. DeMille

Andy is a writer based in St. Paul, Minnesota.

You’re on the Innovative Quotes page.

Creativity Quotes for the Playful Mind